where Smart architects and designers learn how to win better projects

Why do we provide so many results-getting resources and tools for free?

SIX+MAPS, our proven 9 step system, allows you to find and define a quantum leap in value, for specific high value clients, in a way that makes your fees and competition irrelevant.

But before you get into SIX+MAPS check out our free resources and training on this page.

What﻿ ﻿do you need help with today?

Earn 1 LU of Continuing Education / CPD Credit For Each Masterclass

How to STAND OUT, ATTRACT & WIN More Architecture Projects

by Applying Pareto’s 80-20 Principle to Your Marketing Strategies 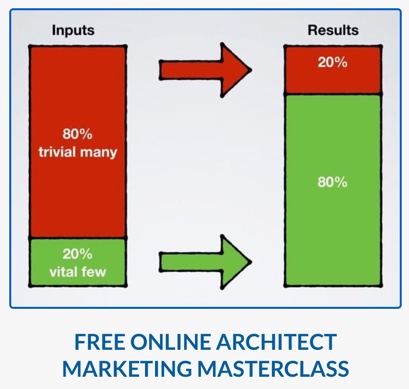 Learn What to Focus On >

How to Answer the #1 Project-Winning Question: "WHY SHOULD I HIRE YOU?"

Lift yourself above the competition and win those dream projects! 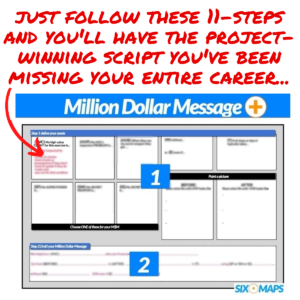 Know What to Say >

Even Against Competitors With More Experience, A Bigger Portfolio, or Better Funding

The revolutionary SIX+MAPS system explained and demonstrated - learn what you've been missing!

How did this architect go from struggling small timer to a successful business owner with better marketing?

Use Your “Back Story” to Move Up the Power Pyramid

What is the power story that reveals WHY you became an architect?

Marketing Secret for Architects: Question of the Month

Staying in touch: Past clients are 5-20x more likely to refer you. 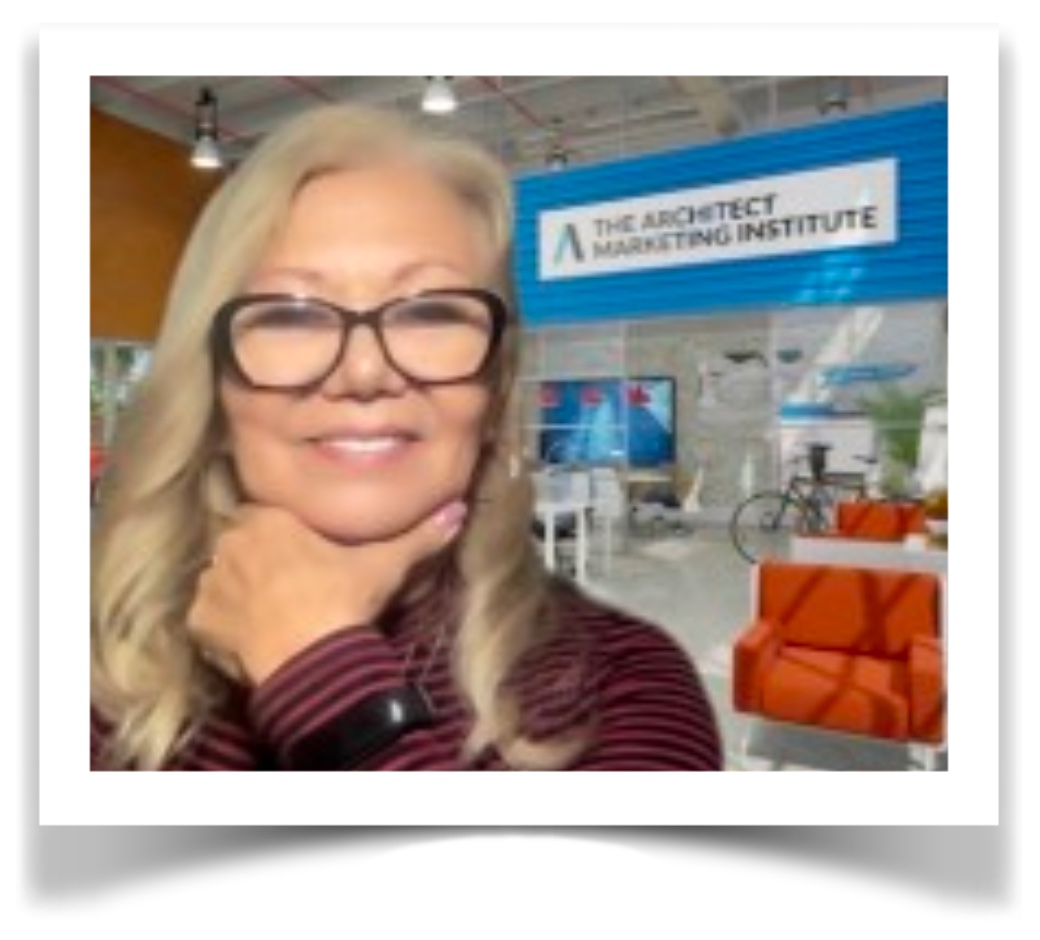 Ready to step up your game?

Book a Gameplan call with Sue Asinas, head of our client success team and learn about getting fast track coaching with us.

When it comes to winning dream projects
… you don’t get what you deserve,
you get what your marketing deserves.

To win better projects, you need a competitive advantage.

Book a call to talk with Sue and work out your best options.

What does success in architecture look like for AMI members?
Watch this video and find out!

AMI Mastermind Member Tim Alatorre recounts his journey with AMI from professional pain and frustration to freedom and happiness!

New AMI members talk about their favorite parts of the training, and what changes they are experiencing as they go through the program.

34 Promotional Strategies For Architects And Designers That Work

A question I often get is: “Where is the best place to promote my offers?”
That question is a lot like:“How much will my project cost?”

The client is ready to sign off on your contract. Do you bring out your contract and get  the business closed? NO. Hold off a second, because if you just bring out the contract, you are missing a MAJOR opportunity for an easier life.

...And Then Wonder Why They Are Not As Rich Or Successful As They Should Be

Architect Marketing Flowchart: How to Get More &﻿ ﻿Better ﻿﻿﻿﻿Inquiries 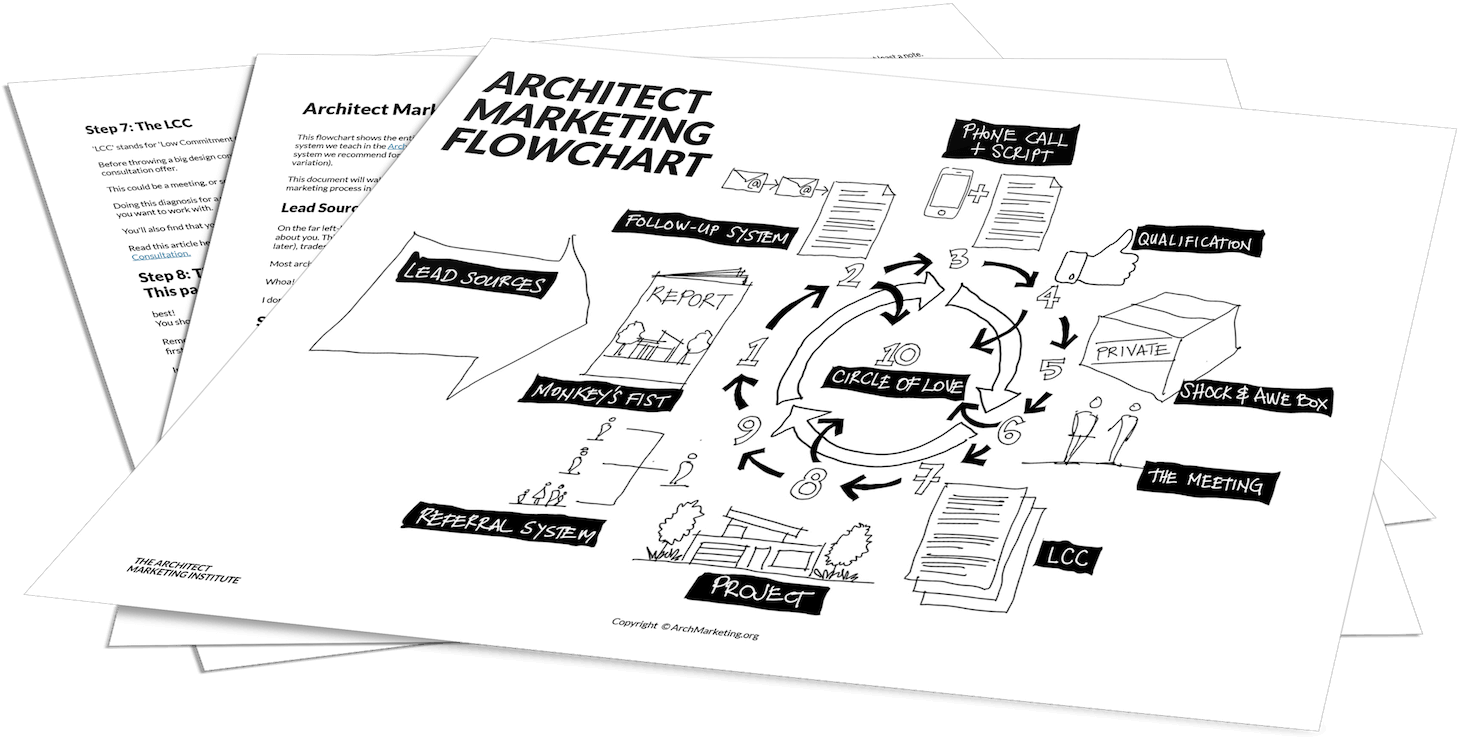 Win Projects
With These
2 Questions

A simple conversational approach: two simple yet powerful questions that motivate people to hire you! 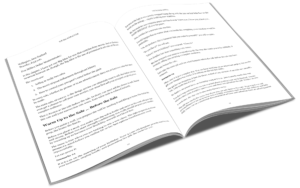 If I charged a dollar every time somebody asked me ‘Where are the best places to promote my  architecture firm?’ I’d be a rich man. 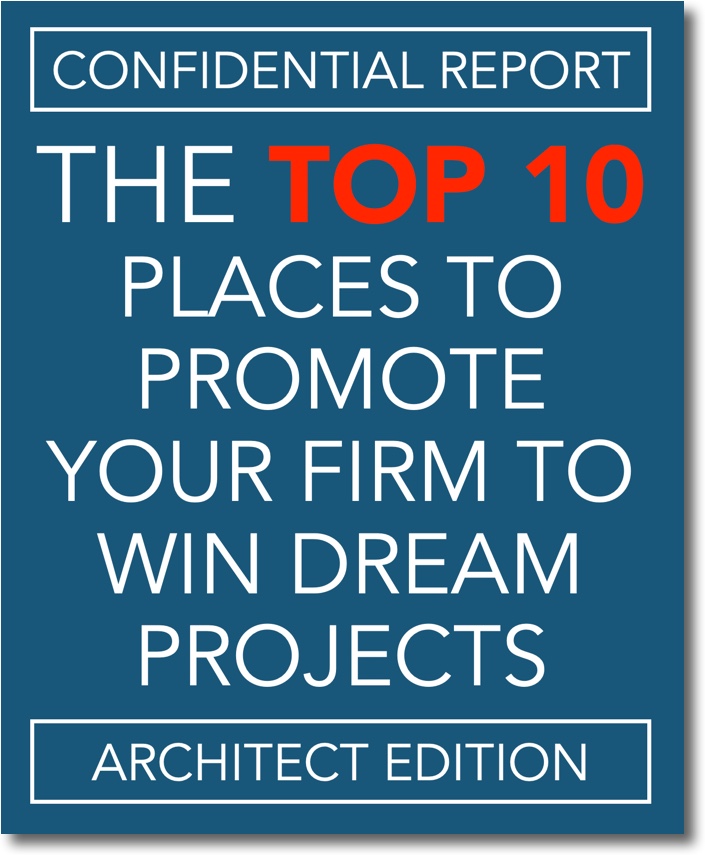 Your Proven Process That MUST Be Obeyed

The truth is that any architect running his or her own business needs to be:

1. A marketer of architectural services FIRST and ...

This is the inconvenient truth not taught in architecture school. 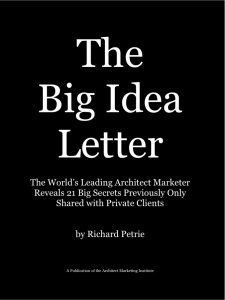 If you are in any way responsible for winning projects or bringing in the money, then you must read Sunshine Island. A charming story that teaches you how to master the #1 skill you never got taught at architecture school ... 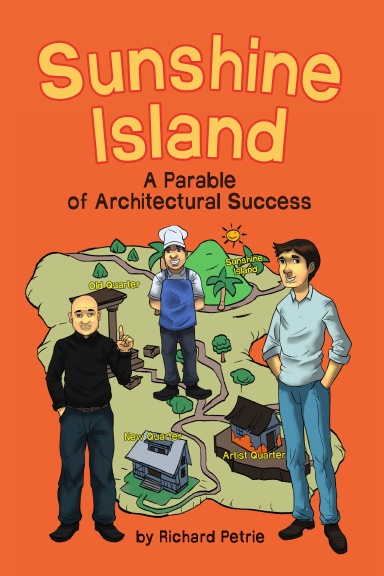 Inside the Mind of the Architect

An anthology that provides a glimpse of the design approach and personality of 20 architects in the AMI Mastermind program.

By entering into the minds of these leading architects, you will receive valuable insights available only to the select few. 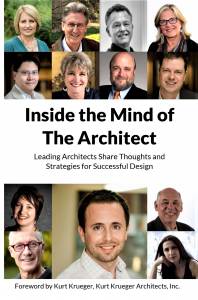 The Story of Archville From the desk of:

In my consulting work with architects, I’ve found that most architects live a sad and pervasive lie.

Here’s what they say:

“I can either work on fun and fulfilling projects or I can make a good income – but not both.”

I was shocked when I first heard this line of reasoning coming from a group of seasoned architects in a LinkedIn Group.

Someone had asked about advice for his son, who was considering studying architecture.

“Let him know that he won’t earn much money,” hollered others.

“He’ll have to choose between fulfilling work and earning a good living!”

I like to compare this sorry state of affairs to an architect who went for a walk in the forest and got lost.

After a few hours of walking, he came to a village in a clearing.

The village was called Archville, where ONLY architects lived.

The mayor of Archville welcomed the architect and offered him a tour.

He told the architect that Archville was split into four neat quarters where architects could live.

The Old Quarter was the divorce and suicide capital, home to architects who charged low fees and worked on unfulfilling projects.

The Artist Quarter was cool, but run down, because money was always tight.

This was the quarter for architects who charged low fees but worked on fulfilling projects.

In the New Quarter, everything was updated and fresh but lacked soul. This quarter was for architects who charged high fees but worked on unfulfilling projects.

Finally, the mayor took the architect to Sunshine Island and said:

“Sunshine Island is for architects who earn high fees AND work on fulfilling projects.”

All of the architects wanted to live on Sunshine Island, but only a few ever discovered and did what was required to live there.

“How can I live on Sunshine Island?” asked the architect.

“Good question,” said the Mayor. “You need to know the ideal type of projects that you love to work on and be able to win those projects for a decent fee.”

The mayor explained that architects who live on Sunshine Island had two jobs:

“This is the secret few architects know,” said the mayor, “and that even fewer practice.”

“But I went to architecture school for seven years and no one ever talked about selling architectural services. There is no method for architects … is there?”

“You want the roadmap to Sunshine Island?” the mayor said, smiling. “Everyone wants that, but you have to be prepared to pay the price.”

“That depends on how much it is,” said the architect.

“I can tell you one thing,” said the mayor.

“The price to live on Sunshine Island is much less than the cost of living a life of low income and unfulfilling projects!”

Now, I’ve devoted a large part of my career to helping architects from around the globe look for Sunshine Island …

… And I’m happy to say I’ve helped many of them find it!

In fact, my first architect client here in New Zealand, whom I worked with years ago, has clients literally begging to work with her.

She tripled her income in 12 months.

Some people say I have a magical voodoo power that causes my clients to transform so powerfully.

I say there’s nothing magical about it.

Instead, there is a recipe for getting to Sunshine Island.

I invite you to download the Architect Marketing Flowchart that shows you exactly what it takes to set up a marketing system for your architecture firm (and get to Sunshine Island).

Now, I’m the first to admit that Sunshine Island isn’t for everyone, and neither are these marketing strategies.

Some architects prefer to work in the Artist Quarter, pursuing fulfilling projects at the expense of their family and income.

Others prefer to dream big, yet never take action.

If you are ready to raise your fees AND win better quality projects (Sunshine Island) then simply click the button below.

You will register for my special 80-20 Pareto training and see a proven marketing system specifically designed for design professionals… click the button below now, while it’s fresh on your mind. 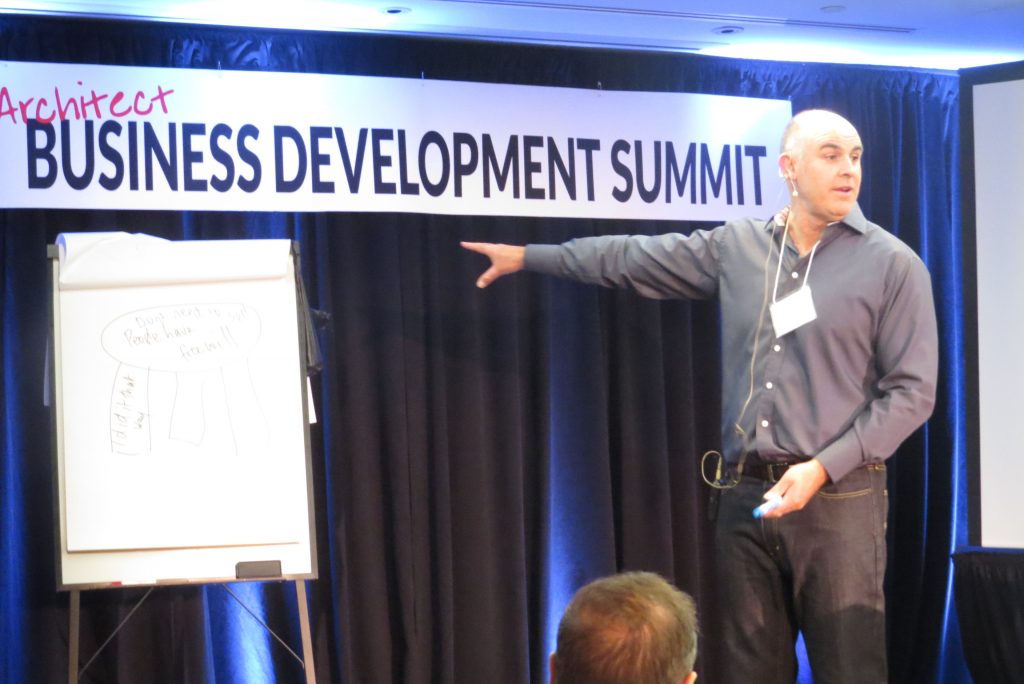 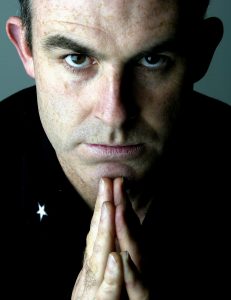 If you are media and want to interview Richard or Eric 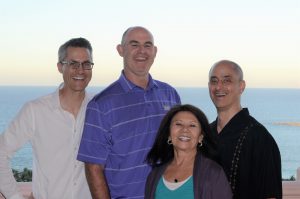 If you just want to talk with someone from our team

by Applying Pareto’s 80-20 Principle to Your Marketing

Architects﻿ ﻿Are Facing A Silent War

Are you guilty of this ﻿mistake﻿?