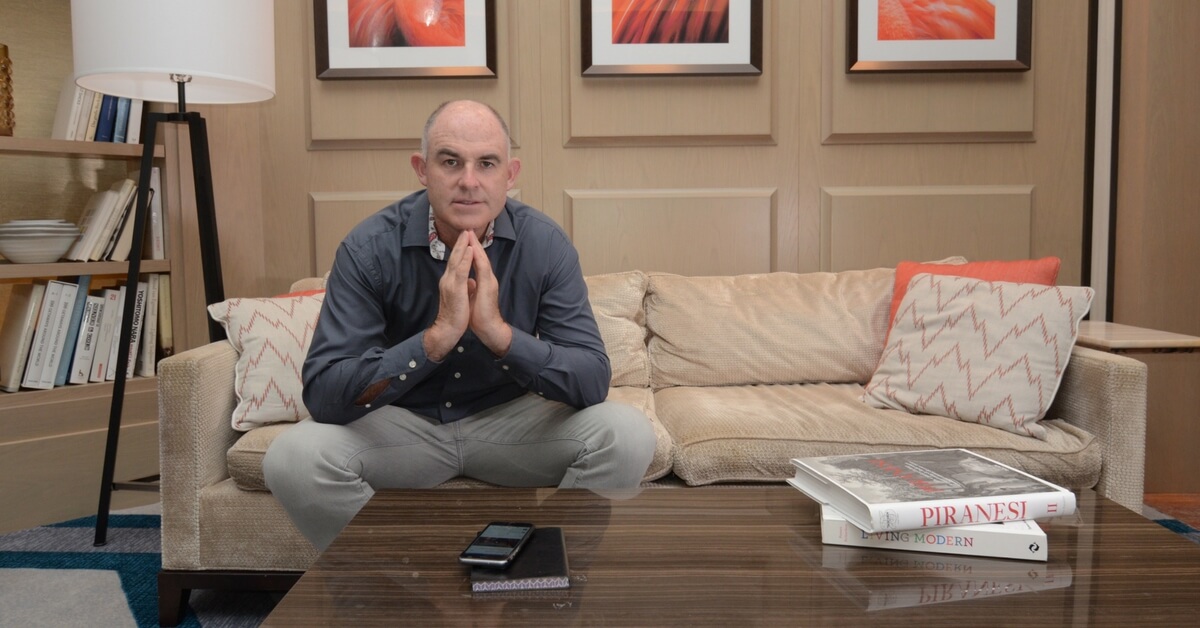 To be a champion architect, the first step is to think like one.

As an architect or the owner of an architecture firm, have you ever said, ‘I can do anything when I put my mind to?' The question is how you put your mind to it. Today, I am going to help you think your way to where you want to be through mind power alone.

We have all tasted greatness and then come back down to earth and wondered what changed.

Let’s imagine you are at a big hole-digging competition.

On one side, we have the world champion digger, with shovel in hand, who is massively motivated and ripped with muscles, well warmed up with a lather of sweat already dripping from his brow and ready to unleash the fury to dig through a mountain of dirt.

On the other side, we have a man with no impressive physical attributes, only he is sitting on a bulldozer.

Regardless of the first guy and his muscles, motivation and lifetime commitment to the digging profession, the bulldozer will always win.

Likewise, you are going to achieve more sitting on a bulldozer. The bulldozer is a specific mindset.

While most people struggle like a mad man trying to stop the incoming tide, you will transform yourself into an unstoppable machine that relentlessly and calmly moves towards the goal like an irresistible force.

Let me give you an example to sow the seed with the potential to grow into your winning attitude.

I was 20 years old and playing my sport of cricket for a club team in Christchurch. I was young, fit and highly motivated. If you told me I had to run a marathon to succeed in my sport, I would have done it. (I did, in fact.)

The problem is that being super motivated isn’t often enough. I was desperate for success. My goal was to play for the local representative selected for team Canterbury. But the harder I tried, the more frustrated I got.

The feeling in my body was one of desperation, effort, struggle, trying, hoping and wishing. This is a tense cocktail of emotions when nothing is working.

Then one day I heard a phrase, although I can’t remember where it came from or who said it …

‘If you want to be a champion, you need to think like one first.’

That seems to be a reasonably innocuous statement at first. Let’s break it down.

Do You Want To Be A Champion Architect?

‘If you want to be a champion (or insert your goal),’ then ‘wanting' is the first important qualifier. ‘YES!’, that was me.

‘You need to learn to think like one first’ implies that, while thinking like a champion architect is possible, it is not a natural thing but can be learned through possessing and using mind power. It can be trained for and installed. Muhammad Ali was telling us this when he said, ‘I am the greatest, I said that even before I knew I was.’

‘You need to learn to think like one first’ implies that champions think differently from others. Academy Award Winner Helen Mirren revealed, ‘I used to sit on a bench, puffing my hair, dreaming that a movie producer would pull over and say, ‘You are the one I’ve been looking for.’

Like tuning a radio to the right frequency where the music ﬂows through the speakers with clarity … lining up the bullseye through your cross hairs before pulling the trigger … running the same speed as a train as it leaves the platform before you jump through the doors inside.

The ﬁnal word in that statement is ‘You need to learn to think like one ﬁrst’. In other words, until you sync your thinking, you cannot become a champion architect. The exact right mindset needs to be obtained ﬁrst before the reality catches up. Then you and your goal need to be in sync.

Know the secret to success

The most successful people seem to already know this secret.

“It's all in the mind,” says Arnold Schwarzenegger, former Governor of California, multimillionaire, successful real estate tycoon, movie star and ﬁve-time winner of the Mr. Universe. But he wasn't always so successful.

Arnold says, “I can remember when I had nothing except a belief that my mind was the key to where I wanted to go. When I was very young, I visualized myself being and having what it was I wanted. Mentally, I never had any doubts about it. The mind is really so incredible.”

Jim Carey told Oprah, “I do know it is possible to program your brain. It really is and I’ve done it my whole life. Everything I have is because of a kind of brainwashing that I’ve done to myself.”

I imagined those answers and began acting and feeling like I was already there. The questions always delivered my answer and when I saw what I thought was required, I would just do it. Within months, I was where I had dreamed of being and so I began to set my sights higher, to international level competition. Within a year, I was playing at that level too.

I now pass this challenge to you. What do you want for your business and your life? Once you answer that, take the time to become that person. Bathe in the glory of having ALREADY achieved success. This is not mindless fantasy; rather it is reprogramming your subconscious to a new way of operating.

You can't do everything, but you can do anything – if you PUT YOUR MIND TO IT. You can be a champion architect by applying these principles and changing the way you think.

Do you want to be the owner of your own architecture firm? Do you want more clients who have more money to spend? Say so and learn what it would mean. Think like one to be a champion architect.

Looking for more inspirational education? Visit this post on the 80/20 principle or our take on the Diamond Strategy for architects seeking help with marketing.

In the meantime, Happy Marketing!

What Does AMI Offer? (Answers to 5 Frequently Asked Questions)