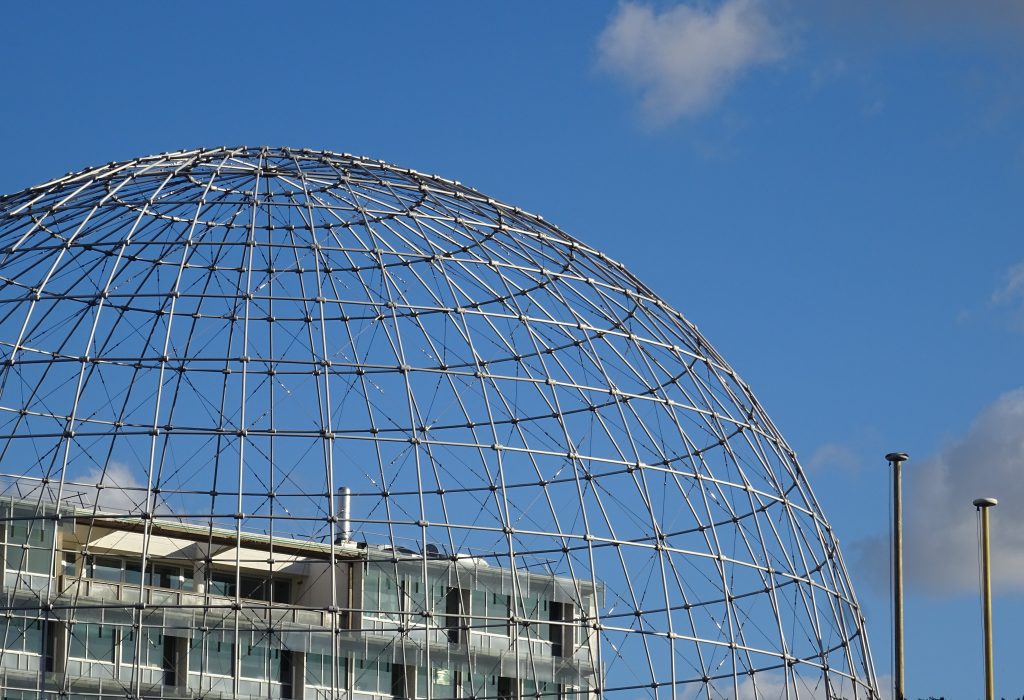 Greene contributed to the designs for the UNESCO United Nations Headquarters in Paris.

To honor Women’s History Month, our next installment in A Firm of Her Own Series will highlight famous female architect, Beverly Loraine Greene (1915-1957) – a woman of many firsts.

Greene is believed to be the first African American female licensed as an architect in the U.S. She was born in Chicago, Illinois on October 4, 1915, the only child of a lawyer and homemaker. Growing up in comfortable circumstances and with a father in the legal profession, likely, motivated Greene to pursue her dreams.

That this happened to be in a profession with so few women and minorities may have made it inevitable that she would be seen as a trailblazer and role model. We can surmise from the friendships she later developed that this would have mattered to her. Famous architects, actors, musicians and activists surrounded Greene – proof of the Power of Celebrity.

Despite the odds stacked against her, Greene set her sights high. She became the first African American woman to study architecture at the University of Illinois, where she received a bachelor’s degree in architectural engineering in 1936 and an M.S. in city planning a year later.

Student Rudard Jones remembered her calm presence. “Beverly got on just fine, from what I could tell,” he said. “There wasn’t any problem … she was [a] very retiring type of person. She wasn’t at all forward or belligerent.”

Greene carried herself with a level head, focused and determined to make her mark on the built environment. Being a minority, in race and gender, didn’t frustrate her as much as it propelled her forward.

Recently, students and staff of many backgrounds reflected her groundbreaking career.

“I'm not African American, so I didn't go in with a preconceived feeling. It took going down to the University Archives and seeing images of Beverly amidst a sea of white male faces to appreciate the history,” says doctoral candidate Nicholas Watkins. “I had the feeling that segregation and racism were more of a quiet thing – subversive in their quietness … cancerous.”

Greene kept going. In December 1942, she registered as an architect with the State of Illinois at the age of 27.

Breaking the Glass Ceiling in Chicago

The Chicago Housing Authority hired her … and in return, she broke their racial and gender glass ceiling. Chicago was still a tough crowd. The mainstream press at large notoriously ignored African American architects. Greene faced a hard truth about her hometown: Her work was done here.

So she moved forward … to New York City. Her next prospect – the development of Manhattan’s Stuyvesant Town, a private housing complex. But she hesitated. Officials had ruled out Negros to live in the development … so why would they hire a Negro to work on it?

Nevertheless, Greene got the job. Times were changing in New York, in ways that Chicago was not ready for. Doors to the housing complex opened two years after WWII’s end. Embodying the ideals of the victorious Allied Powers, a wave of egalitarianism swept urbanist society. Stuyvesant Town could now be a haven to 30,000 middle-class New Yorkers. Even they deserved the “suburban idyll” where fresh grass grows and fresh air flows, went the thinking.

Greene being hired as the architect showed progress, but the Town’s unwillingness to admit African American renters did not sit well with the Black community. They “demanded a neighborhood akin to the country that had withstood fascism, a community free and open.”

Apparently souring on the Town – perhaps because of its exclusive policies, we just don't know – Greene left for a scholarship to study city planning at Columbia University. She received her masters in architecture in 1945.

Greene’s career developed alongside the civil rights movement. In 1952, African American New Yorkers gained permission to live at Stuyvesant Town, a civil rights victory that promised the postwar period they wanted to be a part of.

Advocates for ‘Negro in Architecture’

Meanwhile, Greene served on the Council for the Advancement of the Negro in Architecture. A prominent member of the community, she paved the path for her career as a famous female architect, and many more to come.

Notable firms welcomed this famous female architect into the field. Between 1947 and 1955, Greene worked for Isadore Rosenfield’s firm, which offered a specialized niche in health care design. One of two African-American employees, she maintained her cool in the midst of racial tension.

Greene had a knack for befriending people. She discovered the power of networking. In this time, she grew close with the other Black architect at the firm, Conrad Adolphus Johnson, Jr., and his wife Clivetta, as well as Harlem-born architect Percy Costa Ifill. Her passion for the arts, too, was undeniable. Artists in her inner circle were Duke Ellington’s composer Billy Strayhorn and actress Lena Horne.

In her characteristic style, she forged forward. She applied her talents on campuses, with Edward Durell Stone on the arts complex at Sarah Lawrence College (then, an all-female school) and on the University of Arkansas Theater (Stone’s alma mater). The late 1950s brought her back to the Big Apple, where she worked for another famous architect, Marcel Breuer on the UNESCO United Nations headquarters in Paris and on buildings at New York University.

Honored at the Funeral Home She Designed

As for Greene’s projects with Breuer, she never saw most of them. She died at 41. A wealth of built environment and her groundbreaking strides as a black woman are her legacy.

The architect’s memorial service was held at Unity Funeral Home, which she had previously designed.

Greene's life did not go uncelebrated. While no family could attend the service in New York, famous luminaries came to reflect on her life and contributions to architecture. Cabaret singer and civil rights advocate Marian Bruce Logan sang. Musicians Lennie Heyton and Billy Strayhorn, as well as surgeon and civic leader Dr. Arthur C. Logan paid their respects.

Her journey began, and ended, in Chicago, where she is buried. A testament to fierce determination, Beverly Loraine Greene- a famous female architect- inspires architects to pursue their dreams.

About the ‘Firm of Her Own’ series on famous female architects

Through this series of articles, we analyze how female architects and designers have shaped our world through persistence and determination, and celebrate their achievements through our A Firm of Her Own designation. (Yes, inspired by Virginia Woolf’s ‘A Room of One’s Own.’).

For more on other legendary women in architecture, visit our profile of architect, Zaha Hadid and female architect, Maya Lin.

Are you a female architect? Tell us your story …

Have you encountered any unique struggles as a female in the architecture field? Do you have a Firm of Your Own? If so, we'd love to hear your story. Leave it in the comments below!

The Secret Toolkit for Positioning Your Architecture Firm