Becoming The ‘Jeet Kune Do’ of Design (Part 2) 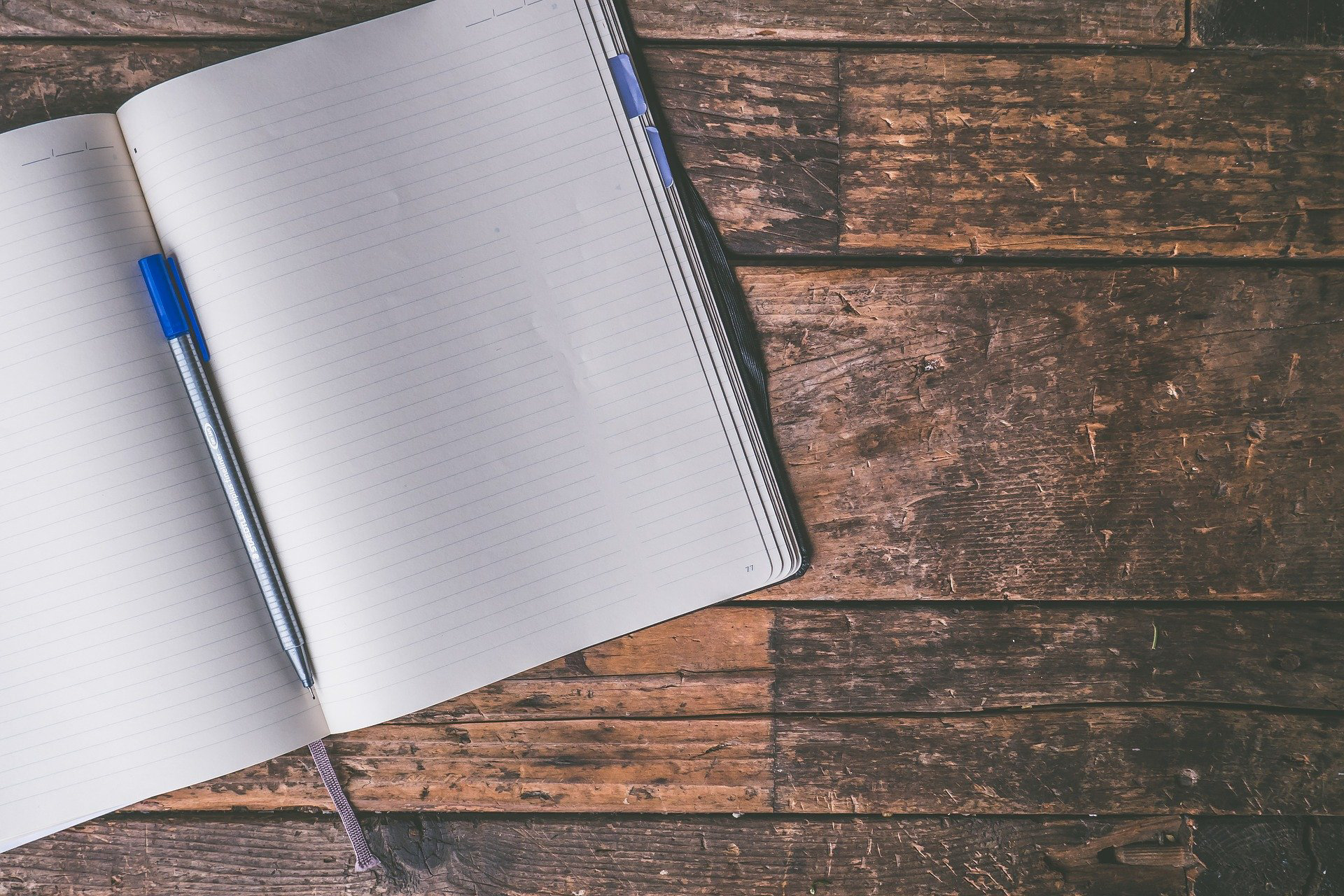 “Whoever tells the best story wins,” one of my favorite sayings, is true, but really only one-third of the full picture. Today you get another third, and next week the final third is coming your way.

Let’s quickly review the key message from last week. To become an in-demand (high fee) architect you need a:

Last week, we dug deep into your “Solution.” You learned the importance of creating your own design category – just like Bruce  Lee creating a new martial art Jeet Kune Do.

Sure you do, so today you are going to receive step-by-step instructions for creating your hypnotic “Story.”

Let’s just reflect on what you are about to receive because I am almost certain you will not fully appreciate the power. You see, when things are delivered so neatly into your possession, many will be guilty of being asleep at the wheel, thinking “this is just another thing.”

Wake UP!!! Make no mistake … this is a life-changing, career-defining blueprint.

Be like a Jeff Krieger, one of our best Mastermind members who implements “no matter what.” Jeff reserves judgment on all strategies until AFTER he has implemented. Smart guy.

My point is you can and WILL change the trajectory of your income and career if you follow these reasonably simple steps. Back to the lesson.

So once you have defined your own category of design, you are going to need a good story wrapped around you and your new design category.

For thousands of years, history was kept alive and passed down the generations using nothing but stories. The wise would embed culture, powerful messages and important facts within stories because people could always remember a good story.

Stories have a strangely hypnotic trance-inducing power that bypasses conscious defenses and plants lasting images and emotions directly into our subconscious.

As a speaker, I know people usually do not remember what you told them but they remember the stories and how you made them feel. Your income and demand are only as good as your story. Don’t sell your prospects, story your prospects.

Maybe you are not a natural born storyteller … Fear not!

You are about to receive my step-by-step story formula. You will also receive an example of my story that launched my first business, Mindset Training, as an example.

I will NOT give you an architecture story because I don’t want you to copy a made-up example. You can do far better by following my process, seeing an example from outside your industry and constructing your own masterpiece.

It really is simple if you follow the steps. Let me show you.

My first business was selling Mindset Training to salespeople in London. It took me about six months to land my first contract because I couldn’t effectively explain what I was offering. No one had heard of mindset training and no one was looking for mindset training.

I used the story below in meetings to sell my training to business owners and sales managers.

Backstory: I was 20 years old and had all the motivation in the world to become a professional cricketer. The problem was that I was not being selected. Not for the under 20 team, not the representatives B team, not the “Emerging Players” team.

Problem: The problem was that, while my skills and fitness were good, I did not have any edge. I just had what everyone else had – a burning desire to succeed. That wasn’t enough.

Cost (logical): I remember turning down everything that took me away from my goal. A very good cadet role for a local brewing company was offered which would have set my career on its way, but I knew if I took the job and the money, my real dream was over.

Consequences (emotional): I didn’t care about the money, that could come later, but I was missing out on being selected for all the key teams. As a sportsman, you know when your dream is slowly starting to slip away. I always dreamed of “making it” in cricket and I was facing the cold hard reality of failure. Nothing was happening.

There was one moment when my uncle said to me, “You may have to accept that your current level might be the highest you ever play.” Talk about a dagger going into my heart. I tried not to react, but inside I was hurting really badly because deep down it was what I feared most.

Discovery: One day, while driving to town in my mother’s car, there was an interview with the captain of the national team, Geoff Howarth. The radio announcer asked, “What’s the difference between a first-class player and an international player?”

I pulled the car over and listened, hoping he would give me some insight.

“It’s in the top 2 inches, most first-class players have the skill and fitness but not the mindset.”

This instantly struck a chord with me. Then, soon after, I heard a statement that said:

“If you are going to be a champion, you have to learn to think like one first.”

That was my problem. I wasn’t a champion; I was a player WANTING to be a champion. I knew right then I needed to train myself to think like a top player NOW, even if my reality was different.

Feature: I studied the subconscious mind and visualization and then created a simple daily routine for myself to redesign my habitual thinking patterns.

Benefit: Within six months, I had become a professional cricketer, my outer world had reacted to what was going on in my inner world and within 18 months, I was playing international cricket with heroes I had only ever seen on TV.

The transformation was that fast. Once I learned how I needed to think and who I needed to become, everything fell into place.

My friends could not believe the speed of my success, but I could because I had trained myself to think like an international cricketer 12 months before it happened. In my mind, I was already an international player.

Before and after comparison: I had gone from playing in the local park in local competitions to playing in stadiums around the world in front of 50,000 people, all in just two years. Suddenly, I was recognized and being paid handsomely to play sport and live my dream. People say ANYTHING IS POSSIBLE IF YOU PUT YOUR MIND TO IT, but no one ever tells you how to put your mind to it.

The transition: Later, when I moved into commission-only sales, I found myself back at the bottom of the pile again. Selling can be brutal, but in many ways the mindset required of a top salesperson is very similar to that of a top sportsman. Salespeople have to perform every month. They have to cope with failure and rejection, they have to find motivation and courage to keep going every day.

So I applied the same mindset strategies I’d used in cricket to see if they would work in selling. Within 3 months, I had quadrupled my sales and, within a few months, became the Number One sales rep nationwide.

My company had no idea what I was doing, but asked me to train the other reps in my office. We would meet every morning before work and I would give them exercises to do. It sounds weird, but this is exactly what happened and, within 3 months, they too had all had their best ever months.

[Now I move back to the sales manager I am selling to and ask these questions.]

“You have a sales team …. Given they have the basic skills and tools for their role, what % of your team’s sales success would you attribute to their mindset?”

“Given that your teams success is at least 80%, then what % of their week do you invest in developing their mindset skills?”

[The manager would almost always answer 0.]

“Do you think if you invested even a little time and effort into developing their mindset, you might see a disproportionate return on your investment?”

[The close rate was very high.]

This was my first-ever business. I was earning over $200, 000 per year selling a Mindset Training program to sales managers and business owners who had never considered or even heard of this type of training before from a guy who made up his own course, had no qualifications, no teaching experience and no clients …

… just a good story they could relate to.

Does it take effort to construct your story?

Yes. But I bet you have an untold story (with all the elements) you are not using and you are under-earning because you are not telling YOUR story.  You do not need to make a story up, you need to find the story that already exists.

Everybody has a great story in them.

You are only one good story away from a constant flow of great projects.

“Whoever tells the best story wins.”

Check out ‘Becoming the Jeet Kune Do of Design: Part 3.'

Then join our AM Labs newsletter community and subscribe here: https://architectmarketingresources.com/am-labs-free-gift