Where is Your Sunshine Island? 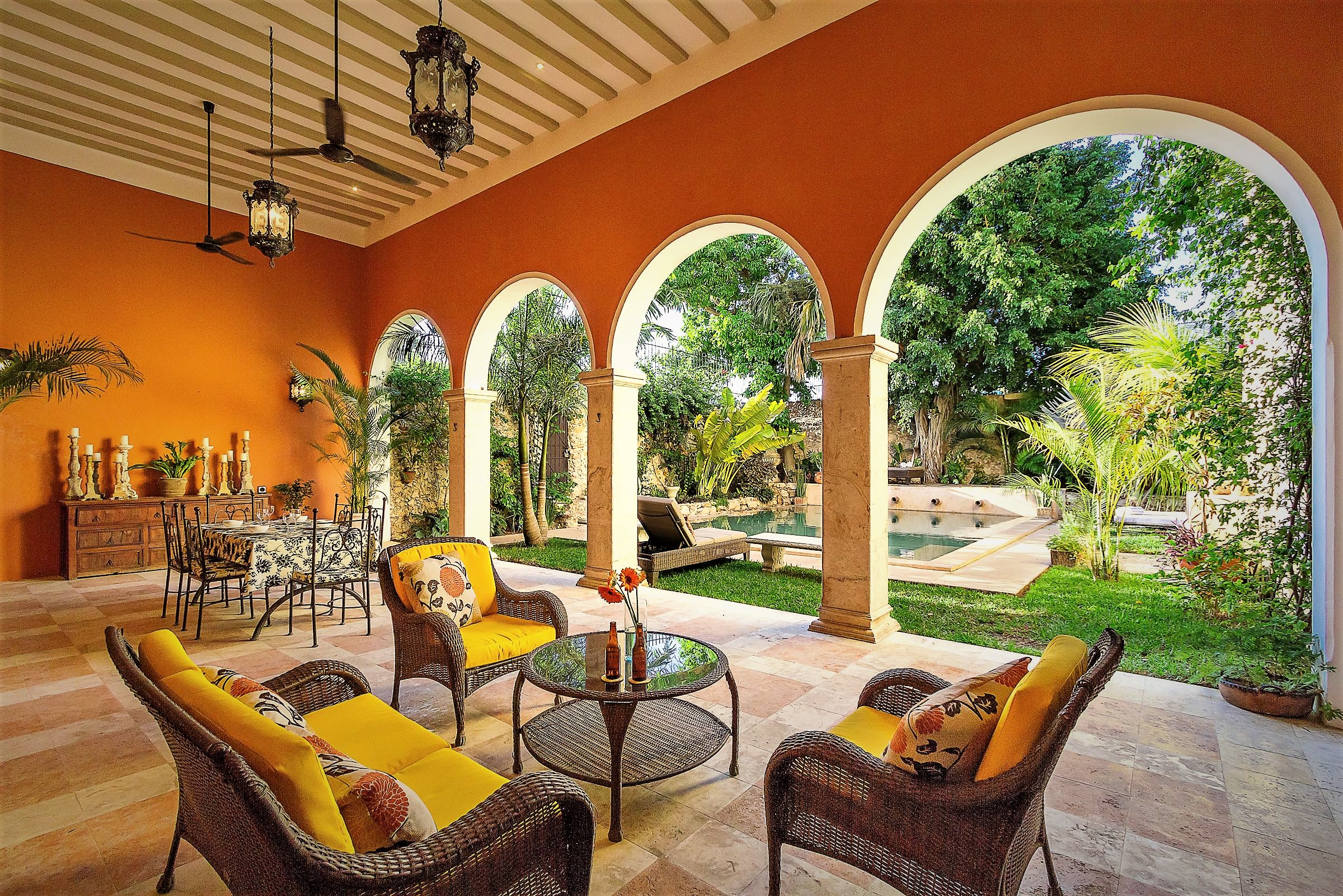 On New Year’s Eve, a friend sprang some big news on me — that she’s flying to Mérida, Mexico tomorrow.

“We have a spare room at our rental. Wanna come?” 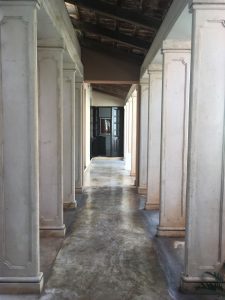 My house for two weeks.

At the drop of a hat, I purchased my first plane ticket in nine years … and I found my very own Sunshine Island in the Yucatán.

After arriving in the dead of night, I slept like a rock. In the morning, I opened my shutters to a courtyard of bright pink bougainvillea blooms, a corridor of refinished masonry pillars (and realized my door leads straight to the pool!).

Here we were in all its grandeur, in Mérida, the peninsula's colonial capital. And as I wandered along the cobblestone streets, I couldn’t help but notice this is a very popular place for Americans to retire.

I can see why. The American Dollar goes a long way … for me, to this restored mid-century modern vacation rental in the historical ‘centro.’

Before my trip, I read up on Who Cares About Restoring Heritage in Mérida?

A lot of people do. 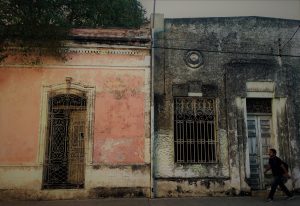 It seemed every other house on my block was being renovated. My home for the next two weeks is a perfecto example of what the completed project could be — contemporary, with nods to the Mayan culture which is still very much alive, even in the city.

Alongside the locals are people from all around the world, many of whom consider Mérida their piece of paradise. It’s their very own Sunshine Island that they have been working toward for so long.

For English speakers, there is the Merida English Library. On their weekly House and Garden Tour, we discovered the spaces, designed for each client’s needs, tucked behind Spanish style facades.

The Yucatanean twist is the open-air courtyards and kitchens in the center of the building, to avoid cooking in 100°F degree temperatures (I know, for those of us in real winter, this year-round problem is difficult to imagine).

Before the tour we got a history lesson from Brent Marsh, founder of Remixto which rents homes to tourists.

“The world is home,” says the New Zealand native, who has lived in Australia, England, the United States, and now Mexico. 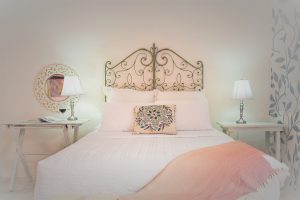 Casa Corazon is one of Remixto's rentals, their Casa San Juan pictured at the top.

How did Mérida become such an international hub?

It all started in 1542 when Francisco de Montejo colonized the Mayan city T’ho and named it Mérida. The Spanish wanted to build really impressive homes. Their star buildings arose in the city squares for all to see.

Fast forward to 1850, Sisal rope put the Yucatán Peninsula on the map. Spaniards in Mérida sailed all around the world to trade it and bring back loads of money … to their very own Sunshine Island.

Good for them! But what does this have to do with architecture?

Well to balance the ships in Spain, they loaded them with cheap concrete tiles. Once back in Mérida, the tiles were left on the beaches like rubbish so that more Sisal rope could return to Europe.

Eventually, manufacturers realized these “pasta tiles” could be yet another building block of their mansions. They also brought back clay tiles from Marseille for roofing, and when they continued to make them in Mexico … insisted on stamping them Marseille for posterity.

At this point, Mérida was just about the richest city in the world.

People loved to open their windows, wave at their neighbors, show off their imported furniture from Europe, while their staff and horses worked hard in the back of the home. 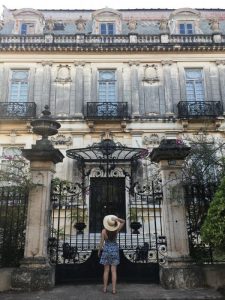 Admiring one of the Casas Gemelas, twin houses, on Paseo de Montejo.

Things couldn’t stay this way forever. The invention of plastic and nylon put the Sisal market out of business. In the 1930s, houses fell into ruin and no one could afford to maintain them.

Decades later, a few Americans wandered down these roads and said, “Ooooo, it’s so beautiful, nostalgic, untouched … maybe we can buy a house and restore it!”

The trend spiraled – buyers from Canada followed, then Mexico City, then expats from all around the world.

Unlike the Spaniards, today modern Mérida residents gravitate toward the back of the home.

The Old World allure of the city is undeniable. Architectural influences from Italy, France, Spain, and the Moors permeate Paseo de Montejo (a street of mansions) and even the most modest of homes.

On the Tour, the first two residences were restored by architect Ian Arthur Smith, a Scotsman who moved to Los Angeles and settled in Mérida. 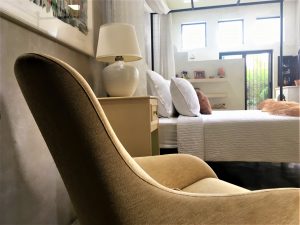 The owner, Christina, vacationed nearby for one week … and impulsively bought this “Casa de Cielos” (House of the Heavens) turn key.

For Christina, Sunshine Island is a place.

For many of our architects, it is a state of mind.

How will you learn from your firm’s history and discover the life you deserve?