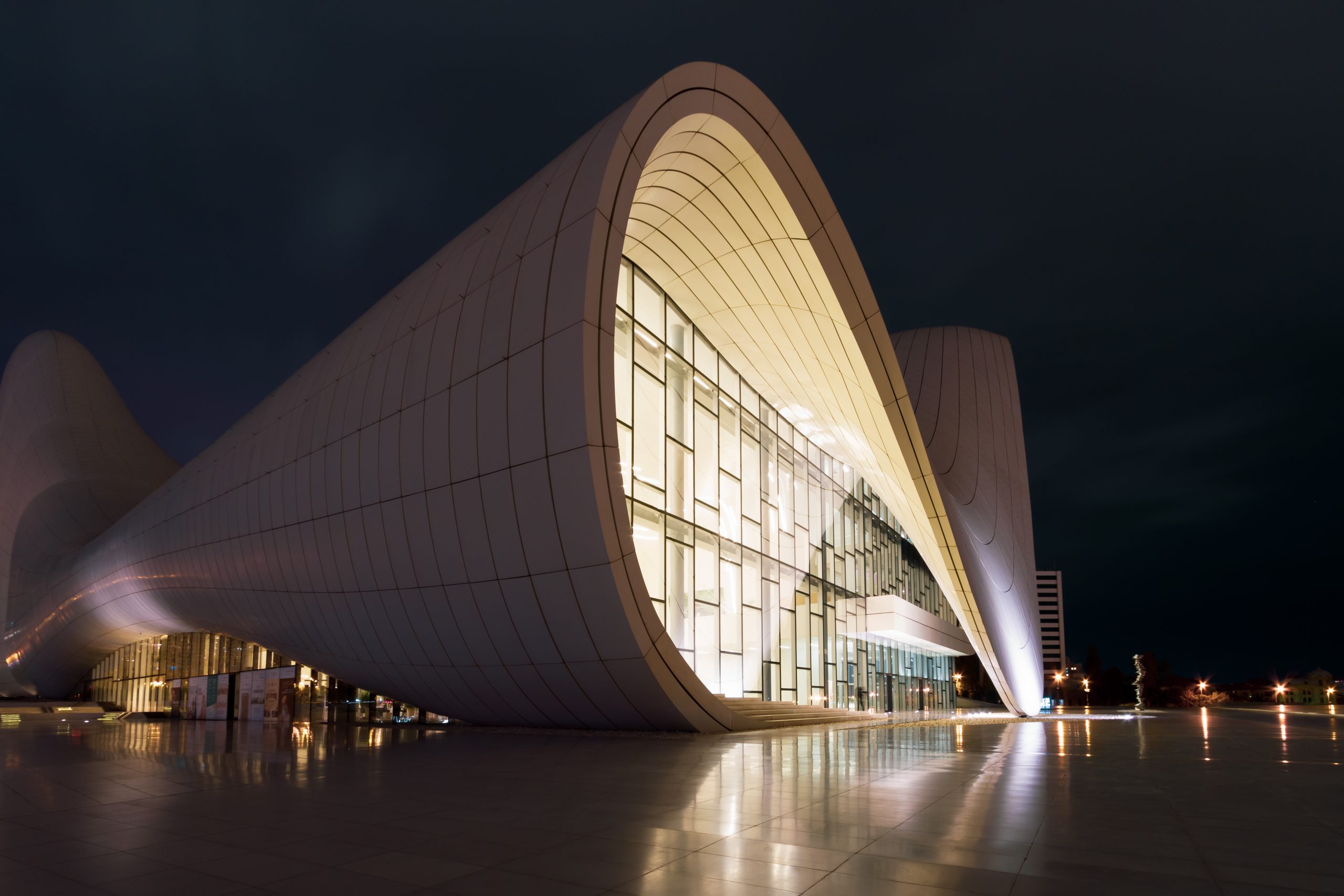 For the third installment of AMI's Firm of Her Own series on marketing for female architects, you'll discover the inspirational story and works of world-famous architect, Zaha Hadid.

In a profession with men outnumbering women more than 2 to 1, Hadid defied stereotypes. “People used to think women did not have enough logic…Well that is nonsense,” she declared. “I am sure that as a woman I could do a very good skyscraper.”

Her design for Leeza SOHO in Beijing proved her point. Currently under construction, her custom style lives on in the “World's Tallest Atrium.”

Much of her work gave birth to a seamless spatial flow all over the world. All of us, men and women, can learn from Hadid’s trail-blazing creativity.

Celebrate a ‘Firm of Her Own'

Today we celebrate the impact of women in architecture with a profile on Zaha Hadid. See our profiles of Maya Lin and Angela Brady, the first two articles in the “A Firm of Her Own” series.

Brady speaks to the power of Hadid’s career, “As a female architect she was a role model to many women and will continue to inspire the rising generations who need to stand up for themselves when under pressure and to work around problems instead of compromising.”

Beloved for breaking the glass ceiling, Hadid was the first female architect to win the Pritzker Architecture Prize and the RIBA Royal Gold Medal.

An Iraqi-born British architect with a broad worldview, her works challenged the ideas we take for granted.

Becoming an architect felt like a normal thing to do when she was in her hometown, but the Brits resisted the idea of a woman joining the architecture world, according to Channel 4 News.

Her journey began at the Architectural Association in London in 1972. In 1979, she established her now internationally-renowned practice in London — Zaha Hadid Architects.

In 2012, the British officially celebrated her success by bestowing Zaha Hadid with the coveted title of Dame Commander of the Order of the British Empire.

She boldly went outside the box of traditional design, exploring technological advances while adding her artistic touch.

Hadid’s architecture changed the manner in which people perceive the built environment because she dared to design beyond the mainstream. Let’s go to that place of courage with her.


Hadid’s architecture is beloved for its signature curves, undulations, bifurcations, folds and inflections. Heydar Aliyev Center famously rises from the landscape in Baku, Azerbaijan. She designed beautiful form and function for this conference venue, museum and gallery. Most significant, is the attention to history.

The center’s curves resemble traditional Islamic architecture, paying tribute to Azeri culture and the nation looking to the future … rather than falling back into the rigid patterns of Soviet architecture that is already so common in Baku. A “continuous, fluid relationship” connects with the surrounding plaza and the building’s interior, as well as the overarching culture.

Winner of Design of the Year 2014 by London’s Design Museum, it was the first architectural design to win the award among other categories such as digital, fashion, furniture, graphics, product and transport — proof that Hadid’s architecture transcends boundaries put on design.

“The surface of the Heydar Aliyev Centre's external plaza rises and folds to define a sequence of public event spaces within; welcoming, embracing and directing visitors throughout the building,” Hadid said.

This welcoming environment is re-envisioned all over the world. The London Aquatics Centre for the 2012 Summer Olympics also showcases her futuristic flair and organic lines.

Her natural style is expressed in Guangzhou Opera House, where the design mirrors the way nearby river valleys are transformed by erosion.

Hadid’s attention to detail encourages architects to think mindfully about design … how the built environment reflects nature and society.

In a BBC Arts project, Zaha Hadid wrote a postcard to her younger self: “Your success will not be determined by your gender or your ethnicity but only by the scope of your dreams.”

Each of us, regardless of the obstacles that stand in our way, can develop a unique style, a footprint of our own, alongside Hadid’s.

Through this series of articles, we analyze how female architects and designers have shaped our world through persistence and determination.

Tell us your story …

If you are a female architect and have a Firm of Your Own, we'd love to hear your story. Leave it in the comments below!

2 comments on “Zaha Hadid: Profile of a Legendary Architect”