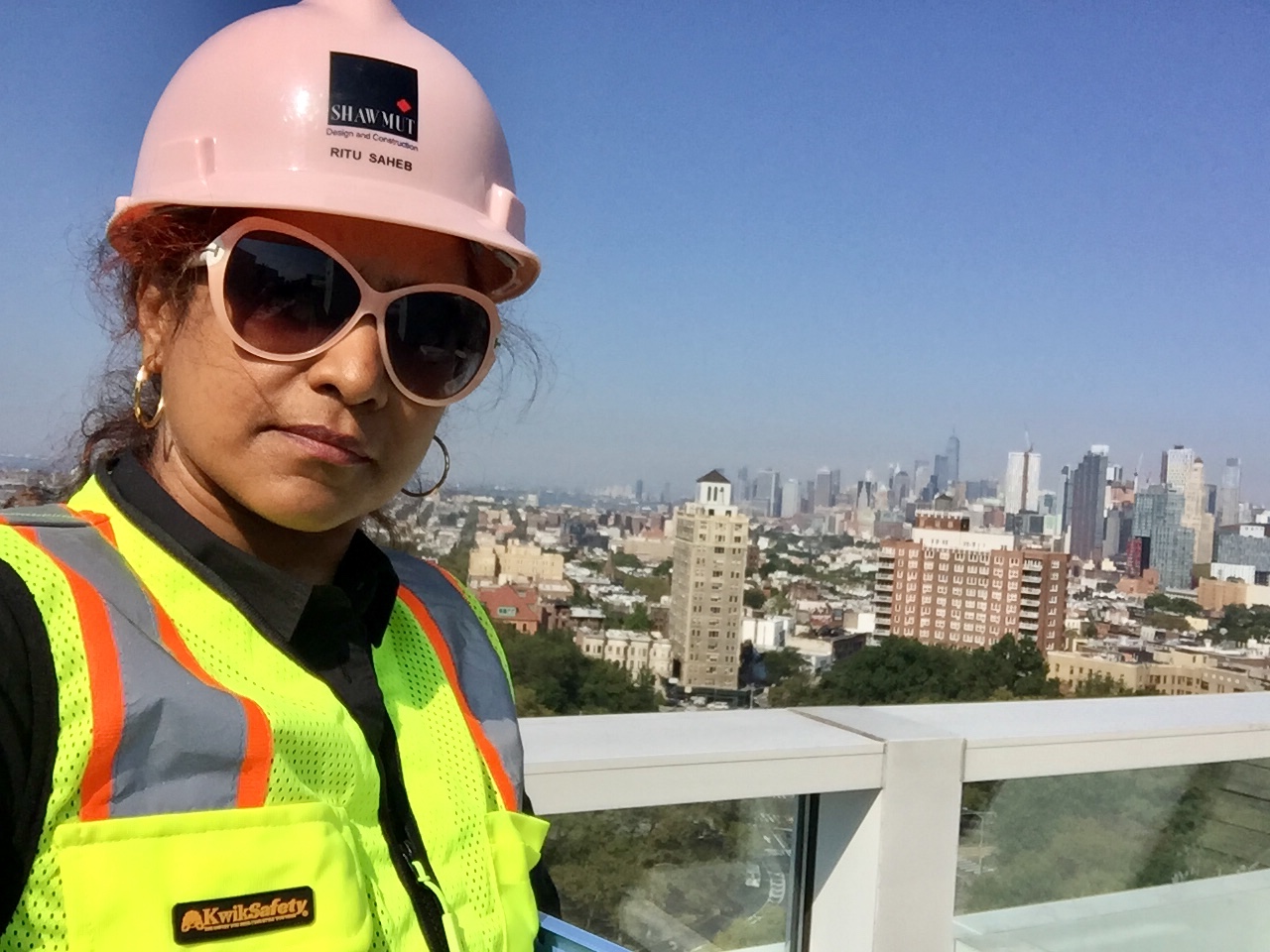 “Fierce Warrior Princess” is what AMI’s Richard Petrie calls Ritu Saheb, owner of Saheb Architecture PLLC.  From age 16, Ritu knew she wanted to be an architect, which wouldn’t be easy for a woman living in Mumbai. She established an architectural practice of her own in India, but to fully reach her professional goals, she knew she had to pack her suitcases and head to the US.

Though she had a brother and sister already in the states, Ritu was somewhat isolated living in the suburbs of Westchester, 20 miles north of New York City. She understood the power of networking, so she signed up for everything including French classes, hiking in the Appalachian trail and volunteering to care for children with autism. She flourished at her job, not only doing the design but also project management — managing renovations of single-family homes in the area.

A breakthrough came when Ritu began to build a new network. Deciding to move to NYC, Ritu gave up architecture for a while and became a co-founder in a business where she learned new business skills.

Architecture was her calling 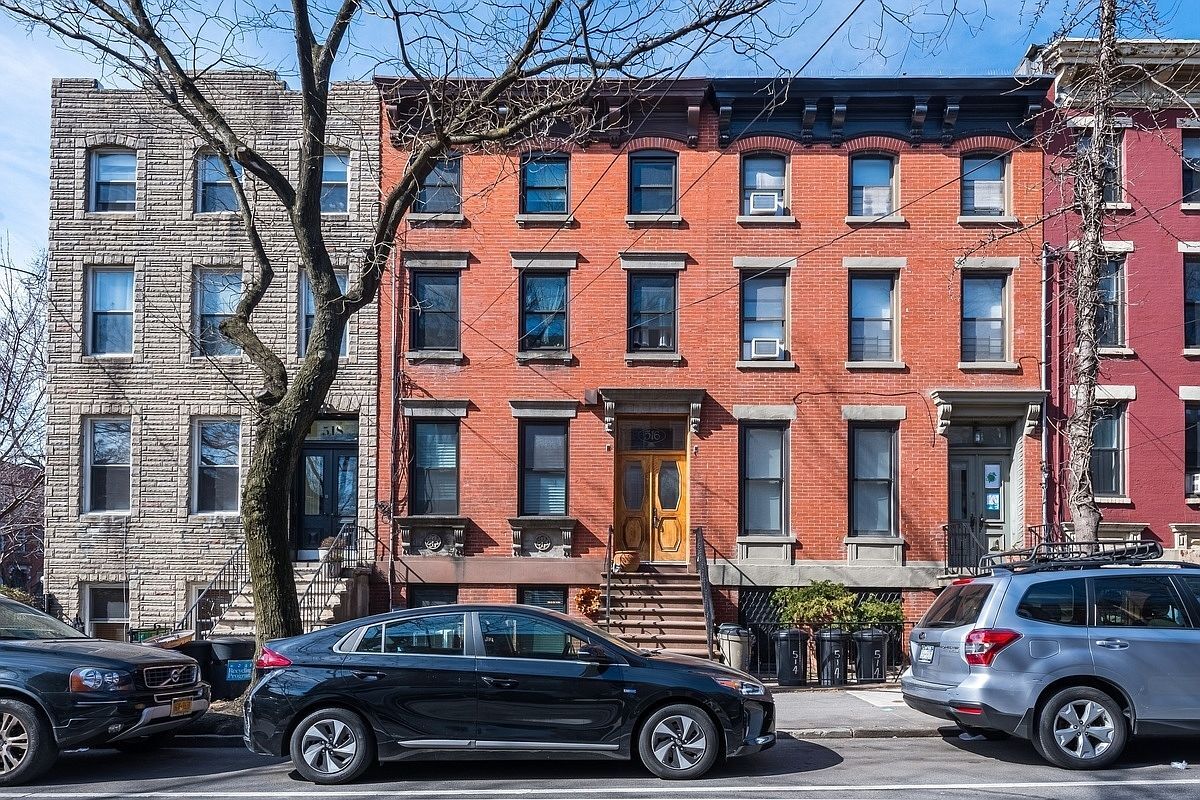 “I am definitely very artistic. I guess you can tell that a little bit from the colors I wear coming from India, but I'm also very visually oriented. And I knew right from the start, it had to be something that was not only arts-oriented but also had a good amount of science in it because I like to think logically. And architecture seemed to be it for me when I considered various professions. I have not regretted the decision, so many years down the road. I absolutely love it, I find it very rewarding, and I'm so glad that I picked this profession.”

Ritu missed the architectural world, so in 2008 she became a consultant in an architecture firm where she was being groomed to become a partner. Unfortunately her hopes were not met with reality. Unable to rise up in the ranks of the company, she felt like she hit the glass ceiling.

Ritu decided to start her own firm in 2016. After all, she had set up an architectural practice in India years before. She wasn’t a novice and had also been a partner in a business. With that added edge and experience, she was confident and knew how to recruit clients.

“Just before I got to AMI, I actually hired a branding company … not just for doing logos, but to tease out a brand identity for my company. I got on track asking all those questions, Who am I? Who am I looking for? What do I want to do? How will I get the message across?”

After attending one of the AMI sessions and with those basic questions consolidated, it all came together.

The idea is to not be a generalist. Clarify what you do for the client.

“As architects we are very proud, hey, look how versatile we are. We can do all kinds of jobs, but that doesn't mean anything — it does not get you the job.

“The big challenge was deciding what my area of specialization … I was afraid I'd have to let go of the other work that would be exciting…  it took me one year to understand that you can still do all kinds of work, but you're just focusing your marketing message on this particular area of specialization.”

By clarifying, you make it easier for people to understand who you are, what you do and work comes in.

Thanks to AMI, Ritu has found her niche. She focuses on getting the best projects in the conversion of one to four-family homes in apartment buildings, low rises and high rises. People's needs, zoning and lifestyles keep changing and these townhouses or small buildings change from being single-family homes to two to four-unit buildings.

By converting basements into spaces, the basement becomes prime property. The basement in NYC is ground level, garden level or parallel level. These might not have been part of the unit in the past for some of these houses. The addition gives the building more usable floor area. If the permit allows, Ritu builds vertically or horizontally to the rear of the property. Sometimes she just converts the existing building into some other configuration.

Zoning defines the area and the building that can be used as the livable space, it’s key. You need to know all the things that have been done to these buildings over the years―and know how to communicate that value to clients. These are the skills that not many architects have.

Ritu tells Richard there are three main ways to pull in business. One is networking groups, where she gets a lot of referrals. But after she joined AMI, whatever referrals she gets from any source, she sends them to her landing pages, to her funnels. She encourages prospects to sign up for her ‘Ask the Expert' offer in order to qualify them—to see if they are truly ideal clients.

“This helps me understand how serious this person is, and it gives me that 30 minutes to try to understand their problem. If he's going to take the time to talk to me, then definitely he's interested in my services.”

The clients fill out a questionnaire and Ritu follows up with an email explaining the framework for the discussion during the call.

“I like that because this also makes me more efficient. I can go back and forth with an email 10 times. Do I want to schedule, do I want to cancel, do you want to come away here? Anyone who's serious who goes to ‘Ask the Expert’ — makes the time to talk to me. I consider them and no one else. So they have to go through this, this is step one.” 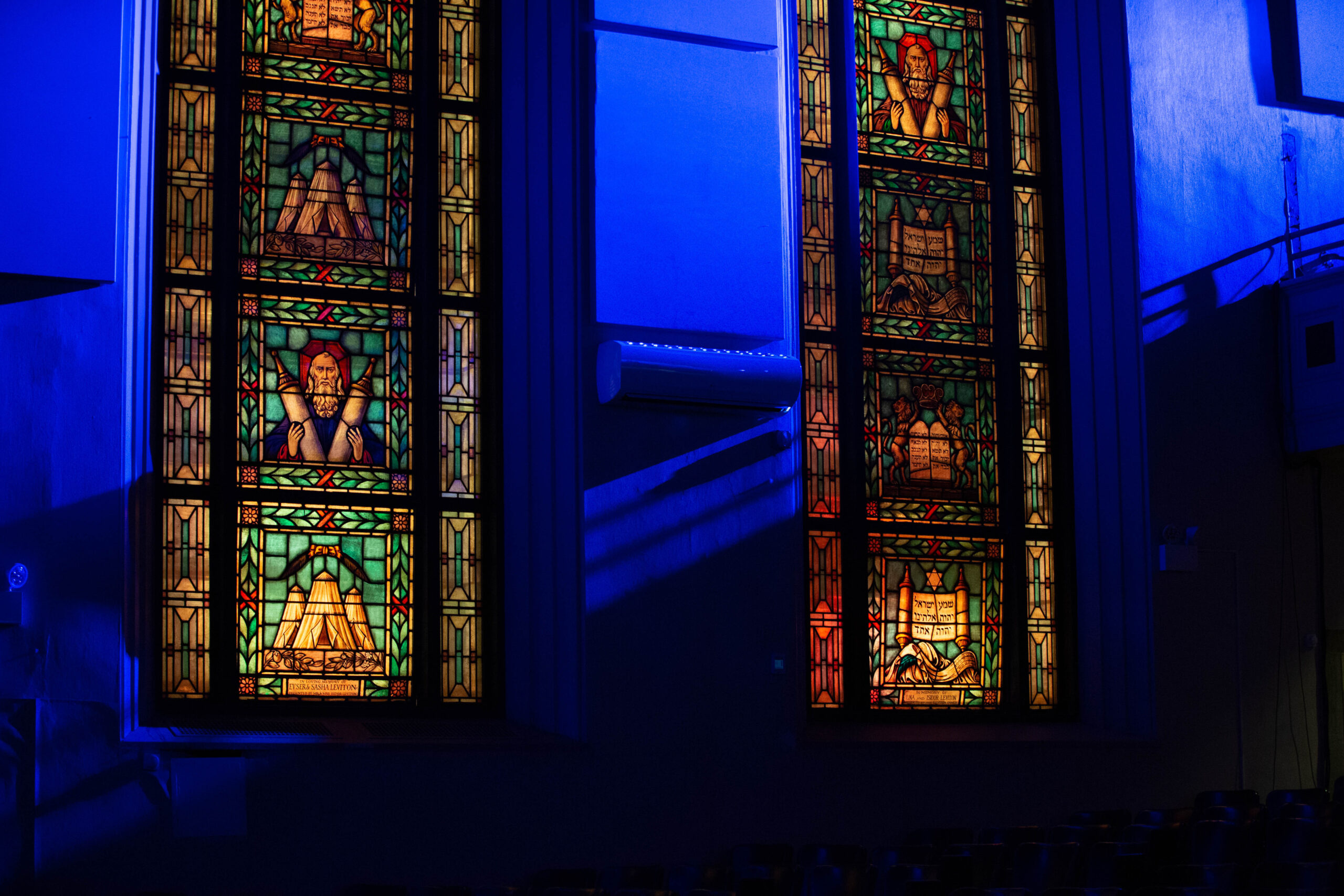 Business comes from three main sources. The first is networking.

“One is the various networking that I do. Since I joined your program, I have bumped up my Monkey’s Fist, which has worked very well for me.”

It’s critical to be found online, she adds.

“People are just finding me online through Google search. That's become my second source. Again, I send them to ‘Ask the Expert’.”

Ritu also learned about creating seminars from the AMI program.

“I do a lot of these seminars, and I continue to do them online at this time. Currently, I've teamed up with the title company and these are primarily for realtors and some homeowners attend. I usually get business from here as well. Again, I send them to ‘Ask the Expert’.”

The ‘Ask the Expert’ allows Ritu to qualify the client and continue through her process.

“Sometimes I do try to get them to LCC, which has worked very well for me. And so I try to offer them some sort of small deal where I can get them started with the project and help them understand because these projects could take as long as two years. And these are not necessarily complete major redesigns, but still, it's a significant investment for these people.”

Monkey’s Fist and a Patented Method

Ritu learned techniques to express her points and convey her message to her target market.

“My Monkey's Fist is my beautiful two-minute Vimeo videos, and I actually copied from you, and I copied from Mona, your first client [who] talked about [common] mistakes. I have made, like you talked about early on, very short videos. I have eight, two-minute videos talking about eight mistakes that people make during the process of renovation. I've put on beautiful stills, and so on, and so forth to prove my points.”

Ritu explains how her target market finds her videos.

“People get them through my newsletter that I send out, my email newsletter, it's on my website. It's in many different places. Some of the other people managed to get to the Vimeo videos. And then I also have another one that is on conversion. I have three, two-minute videos for how to convert one to four-family homes, which is my specialization. And this has helped me sell my service a lot because I'm able to display my knowledge in a very clear fashion and people can understand the value I bring to them through these videos.”

Ritu’s trick was to divide the potential clients' problems into small segments so the client would understand.

Richard tells Ritu that all she needs now is a cool name for the proprietary process she created to help her clients avoid mistakes in renovations.

After an increase in revenue in 2020, Ritu talks about the future

“I'm just getting started in my business. I have no responsibilities, I think I'm all set on the personal side. It's just business, business, business. I'm super aggressive, I'm applying myself. I think last year we actually increased our revenue even with COVID here, again thanks to you Richard, by 20%. We got a lot of jobs and I'm going to see the benefit this year. Plus I'm going to get a lot more jobs coming this year.”

Ritu is happy about the mix of projects, from her niche and other jobs.

“I have finally arrived at what I think is a good mix for me at this time. I definitely want this converting 1-4 family homes, because all the work that I put in is just beginning to pay off. I want to have a few projects in that, even though that's a specialization, I want to do some humdrum stuff to keep us going every year, but this is taking me to new development.”

Property development and new construction is also in Ritu’s future.

“Already we're developing properties, it's taking me to new development and I see a lot of it happening in spite of COVID in New York City. I think we are very well placed to grab that new work, which is going to happen in the next three or four years. From major renovations to buildings, we're going to move on to new developments. I still want to remain in the small residential zone, it could be anywhere from two units to 20 units. Small residential buildings, but there will be new ground-up construction.” 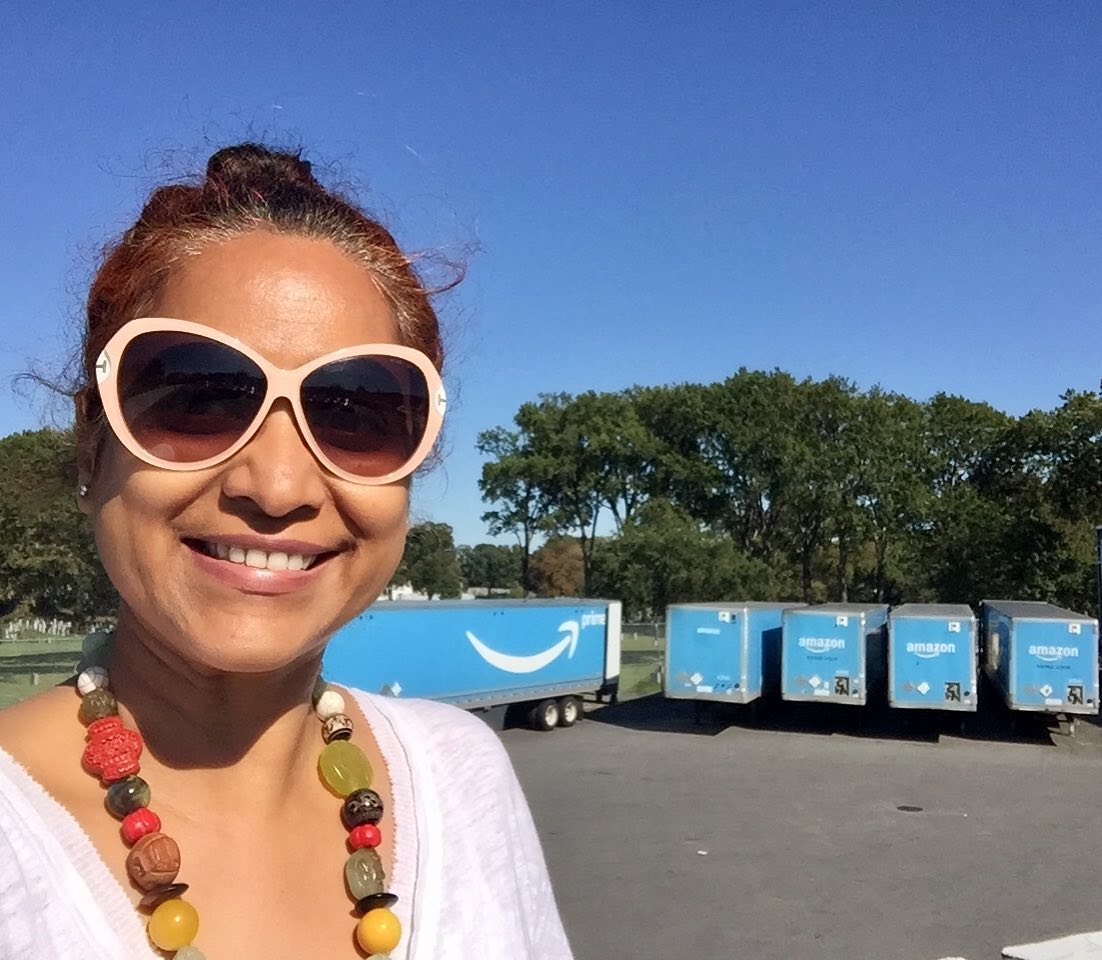 “Take it easy, it will happen. Just believe in the good grace, your actions will get you there. You don't need to be so hard on yourself. Have fun, which I did have along the way, I must say.”

Ritu reflects on the role of women today and the visibility that has been attained.

“Things have gotten easier. My name, people first when they call me have no idea if I'm a man or a woman. That has changed … There's a lot more respect, I think younger clients don't even bat an eyelid when they hire me. Man, woman, whoever can get the job done. So both have definitely become far friendlier, and you're able to fulfill your goals in an easier fashion, I believe.”