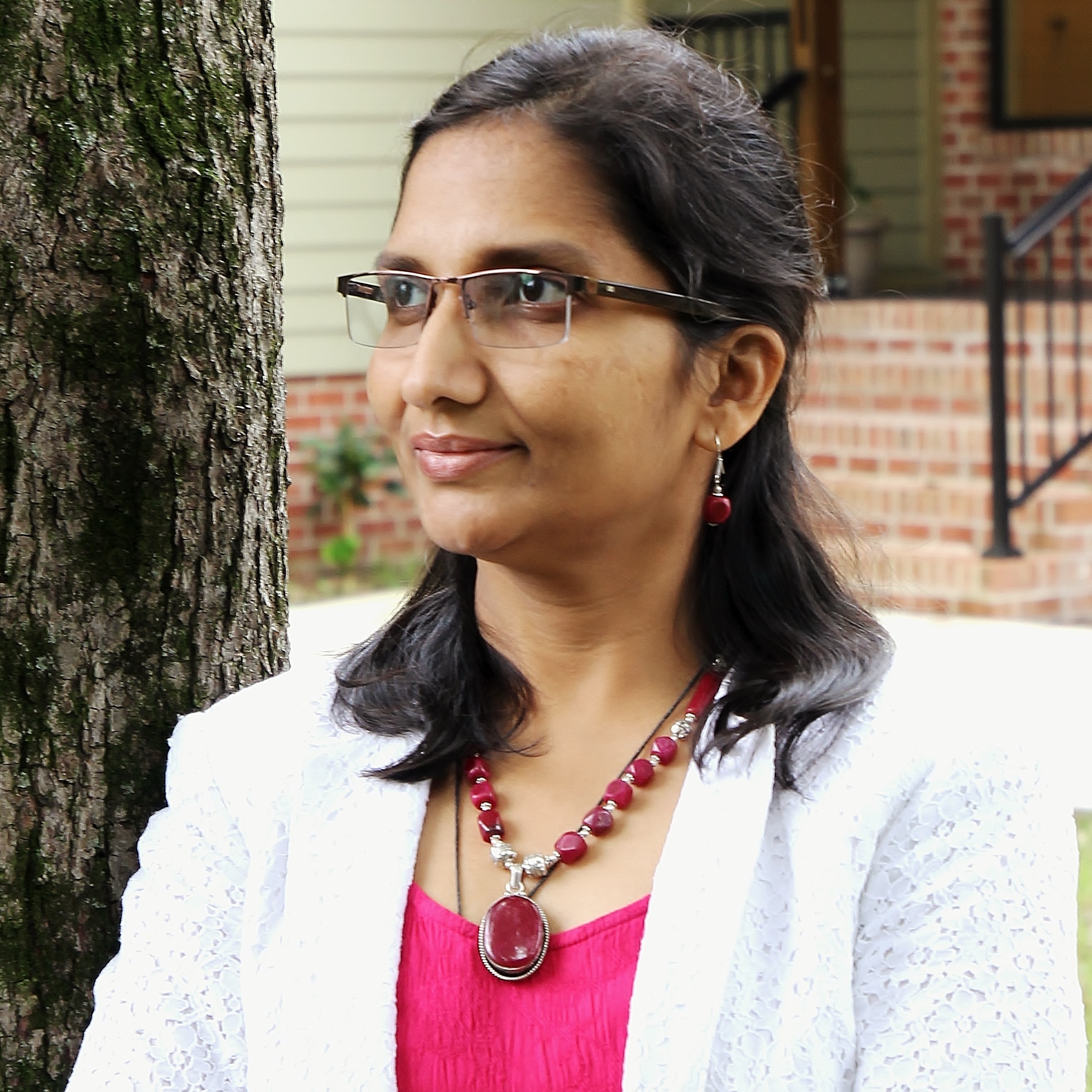 Welcome to Part 9 of the Firm of Her Own Series, which highlights the career of Aparna Patil. This series is dedicated to all of the women in architecture who commit to providing superior services and work diligently to make their mark. You can visit our profiles of Maya Lin, Angela Brady, Zaha Hadid, Beverly Loraine Greene, Anna Puigjaner, AMI SIX Member Cinda Lester, AMI Mastermind Alumni Giusi Mastro and Co Govers, the first eight spotlighted in this series — wonderful examples of marketing for female architects.

Vedic architect Aparna Patil was raised under the stars and the spell of story. Born and raised in India, she recalls her childhood as vastly different from what she has come to know as the American experience. She lived down the road from her parents and her two younger brothers, with her grandparents who gifted her with fantastical books, sleepovers on the terrace, and a deep reverence for nature.

“Children grow up with the whole village,” she says. “Everyone knows everyone, and if you are hungry, you are fed by any mother in the community.”

Aparna’s grandmother was a deeply spiritual woman and a hard worker, and her grandfather, too, was very disciplined and organized. Their lifestyle was simple and healthy. The family recycled and reused grocery bags, made soft quilts from clothing, and composted tea leaves as manure for their vegetable garden.

Participating in a zero-based household profoundly shaped Aparna’s perspective. She learned that every item holds both material and emotional value.

“Other than a black and white TV set, not one new piece entered our home,” she says. “We embraced the idea of reusing and repairing, making things new again.”

This brings to mind her grandfather’s grandfather clock. In his youth, he and his military officer spotted the clock and decided to purchase it together. When he brought home this quite expensive clock, he felt especially proud and eager to take care of it. Tending to its every need, he would oil the parts carefully and wind the gears with a key — for as long as Aparna could remember.

Every piece of furniture in their house had a story, as did every book Aparna received from her parents and grandparents on her birthday. She loved to read. Autobiographies, poetry, and fairy tales piqued her interest. Beneath the moon and stars, her grandmother would tell her stories of kings and queens and mythological creatures. It became a family tradition.

“Like an Indian Arabian Nights,” Aparna shares, “every story had a moral to teach.”

Time passed by the ticking of the clock and the cycles of the moon. Based on the lunar calendar, there are different festivals throughout the year. Along with other children, Aparna celebrated the festival of light, Diwali, by building forts in the street. She would craft small houses of mud, decorate them with small toys, and plant grass on top.

“Building fascinated me,” she says, starry-eyed. “I loved working with my hands. I remember walking by construction sites and feeling the urge to create.”

Inclined toward science and art, Aparna gravitated toward architecture. She traveled to the University of Pune for her studies, the first adventure of her lifetime. Transitioning from a savoring village to a fast-paced city proved difficult, but exciting. There was an instant gratification in Pune that she could not experience at home, a driven swiftness unlike any other. Apart yet away from the hustle, this budding architecture student would study for hours in the library.

Early in her second year, she offered her developing services to local firms. It was unusual for such a young student to become an intern, but when her interior design professor caught wind of Aparna’s fervor, she hired her on the spot.

During the summer, Aparna would return to the village where there was only one architect. Most of his projects were in urban areas and yet this region maintained a serene feel unlike the one she had grown accustomed to in Pune. This architect, who was good friends with her father, hired Aparna to help design a gate for a meditation center. Because he had experienced the benefits of meditation, he encouraged all his colleagues to the same.

Aparna wasn’t sure, but then he said, “If you meditate, you will be a better designer and your designs will be full of life.”

So she decided to give it a try. The first session charmed Aparna. This young architecture student found the grounding and calming effects that began to unfold, like the flowers in her grandmother’s garden, in all her designs.

Determined to pursue this means of creation, she received a Bachelor of Arts in Architecture and then a Masters Degree in Urban Planning. Then in 2000, her timeline sprung forward. Aparna’s family arranged for her to be married and move to Richmond, Virginia. This change resulted in a much more massive culture shock than her first move to Pune.

First, the language barrier stood between Aparna and her dreams of working as an architect. Once she felt confident in her communication skills, she started working as a craftsman for NBJ Architecture and riding a second learning curve on the differences between materials in India and in the United States. In India, she was used to designing and building with concrete, steel, and brick. In the U.S. she learned for the first time how to work with drywall and wood. She even joined Habitat for Humanity and a local carpenter’s union.

“I engaged in hands-on activities so I could understand the drawings in-depth,” she says.

Within five years, she handled design, construction, project management, and gained the confidence needed to meet with clients. One of these clients steered her story in a significant direction — toward Vedic Architecture for modern lifestyles.

This consultant was a traditional Vedic architect or Sthapathy from her native India who had traveled to Richmond to help build a Hindu Temple. While Aparna was already familiar with Vedic architecture, she had mostly studied British traditions at the university. Here in Richmond, she delighted in the opportunity to compare Vedic practices with Leadership in Energy and Environmental Design (LEED).

“Vedic is one step ahead of LEED because it considers the placement of functions based on the path of the sun,” Aparna reflects. “For example, the southwest ‘power’ zone of the earth gives a grounding effect. This orientation would be good for a manager’s office or a master bedroom. In LEED, there is some discussion of the sun, but Vedic architecture possesses a deeper respect for materials, the environment and the space itself.”

Honor for natural and designed spaces spoke to Aparna’s backstory, the childhood where she learned to respect each item in her life and home. This architect who once slept beneath the moonlight was awakened by the sun. Intrigued by the divinity in eastern style spaces, she pursued the necessary architecture exams and subsequent freelance jobs to start her own firm — a Firm of Her Own — in 2016.

Being a female architect has influenced her professional relationships. While she experienced balanced male-female dynamics throughout her childhood and schooling in India, construction was and still is “the domain of men.” She has found the same to be true in the United States.

The labor force in the United States is still very different than what she was used to in India. She had to be very firm explaining drawing sketches and moving projects forward. When she started with NBJ, she used to dress in dark colors. Now, she dresses in Indian style attire and wears a bindi to meetings.

She says: “I greet with ‘namaste.’ I stand out. I have a lot to learn and a lot to offer. Vedic is very ancient, it’s thousands of years old. But the principles are ageless. I want to adapt those principles and make it part of our lives today.”

Aparna Patil is the Pioneer of Vedic Architecture for Modern Lifestyles. Spreading calm and beauty in the lives of her clients, Aparna believes it is her personal responsibility to orient homes wisely to the passing of the sun. For those who join her, time is marked by story and light.