Welcome to Part 6 of the Firm of Her Own Series, which highlights the career of Anna Puigjaner. We celebrate the way she is revolutionizing the live-work balance with her collective kitchen designs. This series is dedicated to all of the women in architecture who work hard to make their mark. You can visit our profiles of Maya Lin, Angela Brady, Zaha Hadid, Beverly Loraine Greene, and AMI client Giusi Mastro, the first five spotlighted in this series – all great examples of marketing for female architects. 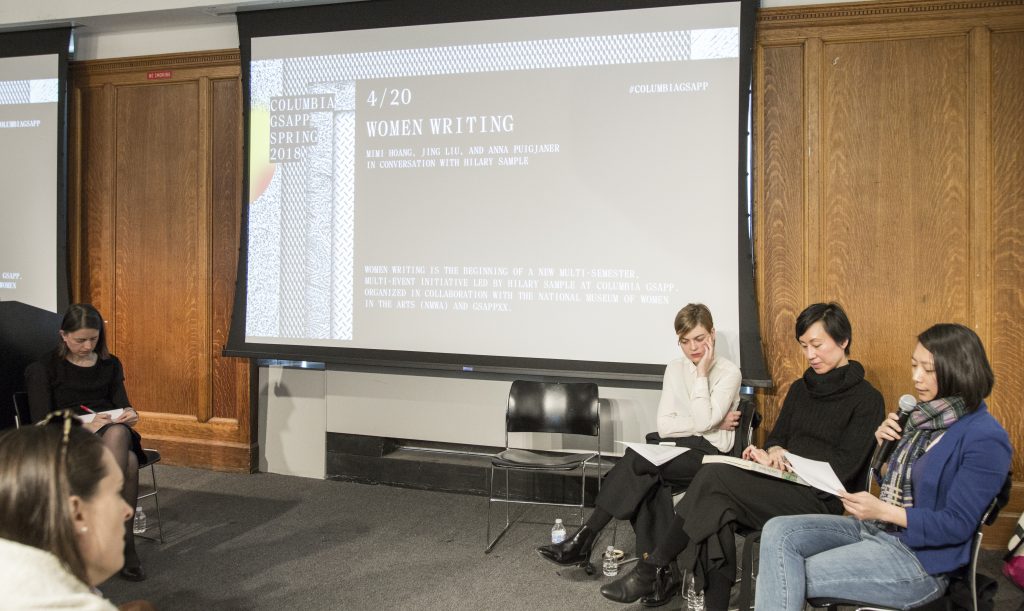 Spanish architect Anna Puigjaner believes in collective kitchens. She focuses on the role of the kitchen, and those who are doing the cooking.

In a profession where men vastly outnumber women, and reworking a realm where the reverse is true, Puigjaner stands out. Her firm’s drive for flexibility promotes the architectural principle ‘form follows function.’ Yet the firm takes a contemporary stance. Even the kitchen is a fluid concept … and not always necessary.

‘First of all,’ she says to Metropolis magazine to get it out in the open, ‘I love to cook.’

Today, we celebrate women in architecture who dare to dream bigger with a profile on contemporary Barcelona-based architect Anna Puigjaner.

Carving out her niche has proven successful. In 2016, she won the Harvard GSD Wheelwright Prize, a $100,000 travel grant for her project ‘Kitchenless City: Architectural Systems for Social Welfare’ to study examples of collective housing in Russia, Brazil, Sweden, China, Korea, and India.

‘Anna Puigjaner believes that architects should do more than simply design buildings and the spaces that surround them, but they should be concerned about the way people actually use those spaces,’ said juror Rafael Moneo. ‘Her motto — “Architecture goes beyond physicality”— means that buildings should help people make their lives more efficient. She seeks to endow architecture with the power to alleviate the burdens of our domestic life.’

An example of great marketing, the attention to Puigjaner’s work is likely the result of her many speaking engagements. Earlier in 2018, ArchDaily interviewed her at the MARQ conference of the Catholic University of Chile. She was featured at Conferências da Garagem 2017 (Garage Conferences). Prior in 2016, she spoke at the well-attended Encounter (re) Inhabiting: Future, at Roca Barcelona Gallery.

The firm updates a News list on its website and stays active on social media. In May 2018, they opened at the Royal Academy of Arts in London, as part of the Invisible Landscapes installation, which ‘explores the impact of digital technologies on domestic spaces and how this may be altering the meaning of home.’ Due to her controversial perspective, Puigjaner is one of Metropolis’s 2018 Game Changers.

‘I live in a house without a kitchen right now,’ she told ArchDaily, ‘Let me explain, I started with this idea of “no kitchen” because it was the most provocative. I realized that when we talk about housing there was no problem if you eliminated the living room or bedroom, but if you touched the kitchen it generated a very curious adverse reaction.’

Architect revolution: the way we cook and we work

Puigjaner makes her life more efficient, and the lives of those around her. Co-founder of MAIO, she runs this small architecture office with Maria Charneco, Alfredo Lérida, Guillermo López in Barcelona. The firm participated at Chicago Architecture Biennial (2015 & 2017 editions) and at the Venice Biennial 2016 in the Spanish Pavillion, which won the award Golden Lion.

Rather than structuring the firm's work space like a traditional architectural office, MAIO is embedded in a co-working space Puigjaner also started. So her team works alongside other professionals. It made sense to do this to save money during the 2011 crisis. Yet even as times got better, they chose to maintain the co-working community because it’s a flexible way to work.

Likewise, Puigjaner sees the kitchen as a flexible space. ‘It has been used as a political tool for a long [time], to the point that nowadays we can’t accept living without a kitchen,’ she says.

Her passion resonates with the WeLive movement, the residential offshoot of WeWork, writes Metropolis. Through her designs around the world, Puigjaner paves the path out of these ‘cooking boxes’ and toward more efficient, communal alternatives.

Changing trends takes time, Puigjaner admits. When she asks a client ‘What do you like?’ it takes time to receive an answer. ‘Domestic comfort is built and designed,’ she explains to ArchDaily. ‘It’s in our human nature to stay in our comfort zone — to get used to a certain way of living, when society dictates that’s what’s comfortable.'

These values have changed over the centuries. In the 19th century, the kitchen was typically located outside the house; families detested the dirty smells. Back then, they also valued the quality of food. When the situation allowed, they opted for a full-time cook who could give the process the time it needed and who knew where to get the best ingredients.

Multi- or extended family housing from that time period tended to feature more sharing of childcare and more hands to help with the housekeeping. And, another aspect that Puigjaner continues to explore, kitchenettes in the living spaces — common for the multi-family housing. It is an attractive concept today for those who want to blend cooking for pleasure.

Puigjaner sees similar and differing trends today. On one hand, Americans stick to an in-house kitchen. However, in countries like Australia, Canada and her native Spain, some people want to bring back communal kitchens.

For example, her 110 Rooms project, a Barcelona housing block, exemplifies this need for balance. ‘The apartments … lack a spatial hierarchy, meaning that inhabitants are free to rearrange domestic arrangements,’ writes Metropolis.

Design is a game changer for community

Ultimately, Puigjaner’s open minded firm is changing the way we live, work, and cook. Housing has once again become a way to create community.

Her residential focus extends to business models that want to embrace this social transformation. She speaks her client’s language. For instance, millennials define ownership differently, according to her Metropolis interview. This can mean sharing cars — and taking care of things that aren’t yours.

Whether in an apartment building or at a small garage, Puigjaner is passionate about designing the way we come together as a community.

‘Sharing culture is growing … and we are spreading out more and more around the world [which] makes it easier to be less afraid of others, or to let go of our things,’ she says. ‘It is a drastic change.’

Through this series of articles, we analyze how female architects and designers have shaped our world through persistence and determination. To succeed, they have needed to get the word out to the community of people who would be interested – that's marketing. We celebrate their achievements through our A Firm of Her Own designation. (Yes, inspired by Virginia Woolf’s ‘A Room of One’s Own.’).

Each article in this series takes a look at a woman-owned firm in which the female principal has ‘leaned in’ (as Sheryl Sandberg says) and impacted this world through projects that matter.

At the Architect Marketing Institute, we work with many women in architecture – commercial and residential architects, landscape architects, and interior designers to empower them to build robust, competitive practices that align with their personal values and aspirations, while allowing them to live the life they design. Both male and female architects have experienced this success.

Are you a female architect with a Firm of Her Own? Tell us your story.

One of Anna Puigjaner’s core beliefs is the power of communal living. As a community of architects, we need community too. We don’t need traditional marketing to come together. It’s time to live the life you want and win the best architecture projects … and change people’s lives for the better, like Anna.

If you are a female architect and have a Firm of Your Own, we'd love to hear your story. Leave it in the comments below!