The Four Gears of Persuasion 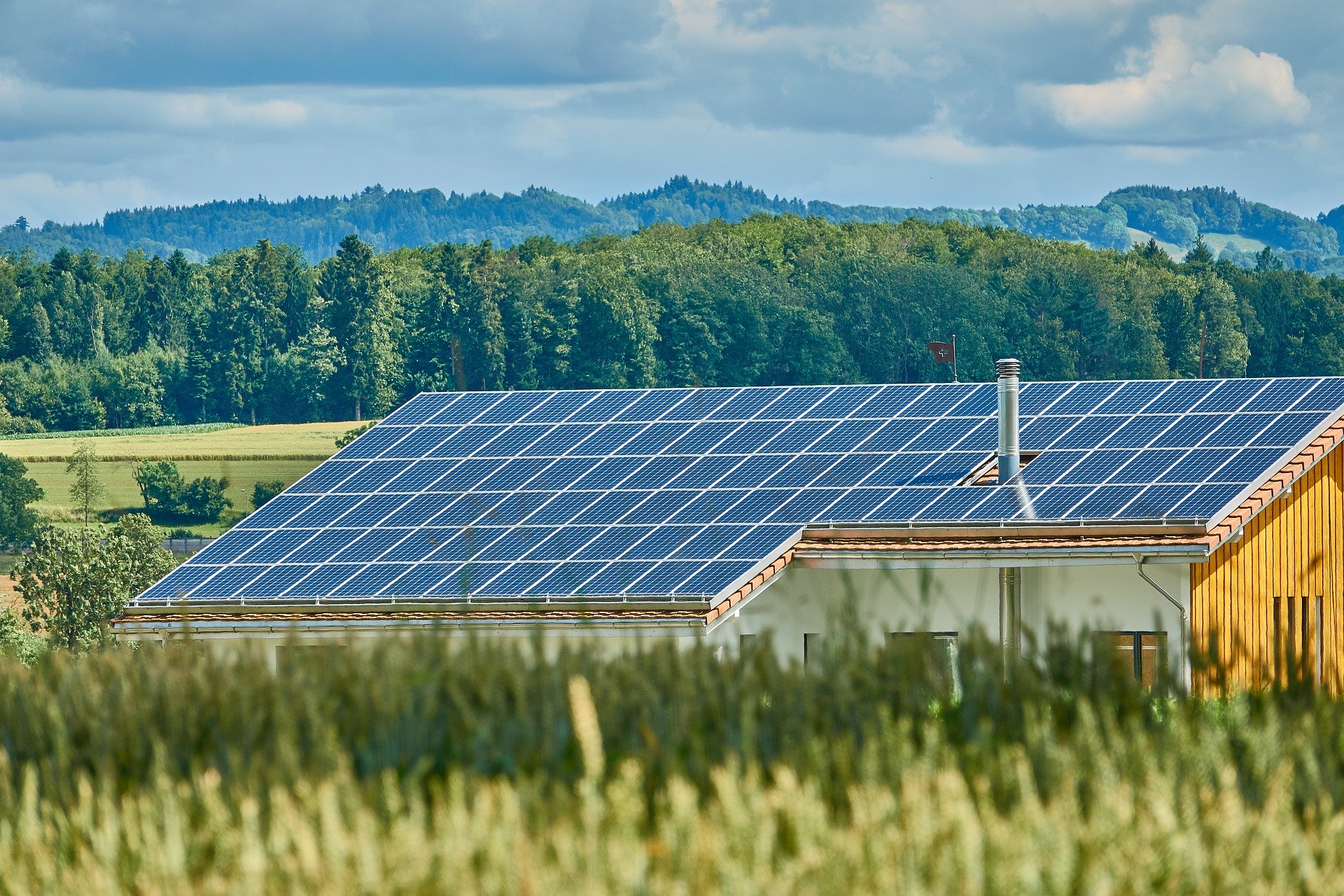 If you sell Passivhaus, sustainable design, high performance LEED design or any other type of service which is beyond what most clients know they need, then mastering the four gears of persuasion is essential.

Most architects will start in third gear, end up frustrated and disappointed, and remain the world’s best kept secret. By instead using all the gears in order, you will trigger an unstoppable psychological momentum that will make choosing you the only possibility. Now won’t that be a nice change!

We held our annual Architect Business Development Summit in New York recently and Mark, an architect who attended, kindly invited Julia and me out for a sail on his yacht in Southampton, very nice.

I asked Mark about business and he was doing okay but was a little frustrated. Like many highly qualified architects, his phone was not ringing as much as it should. Mark was not lazy and he understood many of the marketing principles I teach. He had done speaking engagements to realtors and written articles and been written about, won awards, etc., etc., etc. Despite being an expert in high performance design, he was finding that even in his upmarket neck of the woods, clients were not easily convinced the extra cost of high performance design was worth it. Plus, competition was overflowing.

Mark felt that at this stage in his career he wouldn’t have to hustle so much to get clients, especially when the value of a LEED designed house should be obvious.

“What are you saying at these events you are speaking at?” I asked.

Turns out, Mark would talk to a room full of people and outline the virtues of high performance. People would nod, agree and then walk off and never call. Agents would never refer and generally not enough happened. Mark felt confused and frustrated.

What SHOULD be happening is a line of non-stop referrals. That is what SHOULD happen.

That is not what DOES happen, so please read the next few paragraphs closely. This is something I have never taught before, until now.

Okay, so Mark’s clients did not understand their problem. You cannot sell a new level of solution to anyone who has not first AGREED to the underlying problem your solution fixes. Until you can master the art of defining the problem, your prescription will fall on deaf ears.

Sell the problems you solve not the services you offer

“Mark, your problem is that you are trying to start the car in third gear.”

“That’s a strange thing to say, Richard, especially on a boat,” Mark replied (he was by now trimming the sails).

Think about it, most people don’t even know they need an architect let alone a high performance architect. So if you do something fancy like LEED or Passivhaus or anything beyond standard design, you have an even greater hurdle to jump because your solution often comes at a higher price.

Moving Through The Gears

Imagine trying to start a car in third gear. What happens? That’s right, the car might splutter and jump and then probably the ignition cuts out and leaves you embarrassed in the middle of an intersection.

Moving through the gears is the smooth, cool way to drive a car.

Moving Through the Selling Gears

The reason Mark was struggling to sell a superior solution is that he was trying to start the car in third gear. Let’s look at the gears:

First gear – define the problem and get AGREEMENT from the client

Fourth gear – build rapport and get permission to fix the problem

This is what a doctor does.

People won’t pay for something they don’t think they need.

If you have back pain, then naturally you will think you need a back solution. But if the problem is caused by your hips being unbalanced, then first you need to be sold on the diagnosis that the cause is your hips and the back pain is only the symptom. Only now are you in a position to be sold a hip treatment.

Before a doctor can prescribe chemotherapy, the doctor has to sell the patient that they have cancer. Unless the patient agrees with the diagnosis, then no one in their right mind would go through chemotherapy.

That’s a pretty extreme example but I need you to “GET” this concept fast. Selling the problem FIRST is the secret sauce.

First gear – define the problem and get AGREEMENT from the client.

Let’s say I do High Performance design. Here are two ways to define the problem, firstly by asking probing questions that uncover problems, and second is a well-crafted story to sow the seed.

A) Probing questions: uncover the problem.

Tell me more about those issues. [Then let them talk]

“Hmmm, unfortunately your issues are common in this area. Ninety percent of homes in our area have the same issues because the local regulatory standards are so low. The local council does not require that a space is efficient to heat or keep heated. While a house may look good, it can leak heat like a hole-filled bucket. Lazy design is easy to get signed off.

An efficient house this size would cost between X and Y, a low performance house between A and B. Where do your monthly winter power costs fit?”

“You are paying 6x more than an efficiently designed home.”

ONLY IF THEY AGREE TO THE PROBLEM DO WE MOVE TO GEAR TWO.

Notice we have not mentioned LEED or High Performance houses or Passivhaus. Our ONE goal is to get the client into first gear; that is, to agree to their problem – inefficient design. Here is a second way to get agreement to the problem, using a story.

B) Story: illustrate the problem.

Once upon a time there was a village called Instantgratification, where the villagers had bad eyesight and drove cars they called  “clunkers.” These clunkers were poorly designed, could not go faster than 12 mph, had a fuel bill that was $100 a week and had windows that could not be fully opened or fully shut. In the heat of summer, to avoid roasting, many villagers would drive with the doors open. In the winter, they would have to drive around wearing blankets. Since everybody else also drove clunkers, no one seemed to think there was a problem.

One day, a new car rolled into town. This car wasn’t anything like a clunker. It was a “Glider.” So efficient when compared to a clunker, the Glider had a performance level that could not be matched. The top speed was 100mph, the windows opened all the way and closed all the way and the Glider even had air conditioning and heating. There was no comparison.

Vince, the local car dealer, started to offer both cars but, strangely, the villagers of Instantgratification in their shortsightedness could only see the $200 upfront difference and refused to be “ripped off” by Vince.

Only Bugsy, the local carrot farmer, who had excellent vision, purchased the new “Glider.” With his new Glider, Bugsy would always arrive early, never too hot or too cold and had more money than his shortsighted neighbors.

Vince, the local car dealer, was confused. “Why do the villagers keep ordering clunkers from me?” he asked Bugsy.

Bugsy shrugged his shoulders and said to the dealer, “I guess when you are short-sighted, anything that makes a car go slower is a safer way to drive.”

If you were buying a car, would you go for clunker or a glider?

Okay, either using questions or a story, let’s say we have the client saying “I get it, my problems have been due to inefficient design and I want a more efficient solution.”

Second gear – Okay, we have FOUR options if you want a warm, efficient house in winter.

Notice WE have defined their options. Really they only have two, either go for minimum standards and save on building but pay for power and comfort, or go for highly efficient design and pay a little more upfront.

Third Gear – Shall we review the pros and cons of minimum standards design versus high efficient design or what I call “high performance”?

[Do your calculations.] Okay, so it appears upfront that the minimum standards will be a little cheaper but the ongoing costs a lot higher. You hit break even at about year X less the cost of ski jackets you won’t have to buy to stay warm in winter.

ONLY IF THEY AGREE THAT HIGH EFFICIENCY AND PERFORMANCE IS SMART DO WE MOVE TO GEAR FOUR.

Fourth Gear – Okay, I am glad you chose a high performance home because that is what we specialize in. In fact, we refuse to put our name to any substandard home. Let me explain who we are and how we operate. [Insert your STAR STORY SOLUTION – if you don't have one, stay tuned for another blog.]

Bingo. That was a very quick journey through the four gears.